Yayoi Kusama: From Here to Infinity 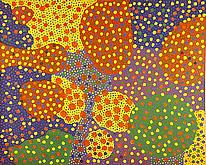 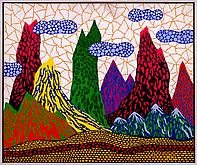 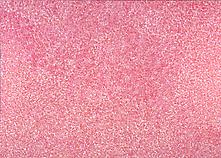 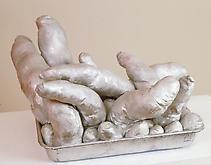 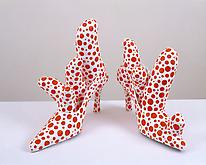 New York, March 5, 2007 -- Barbara Mathes Gallery is pleased to present an exhibition of paintings, collage, sculpture, and works on paper by Yayoi Kusama. Spanning a career of more than 50 years, the show will feature image-based works, including a rare self-portrait. Famously known for her abstract Infinity Net paintings (a selection of which will also be on display), Kusama's image-based works illuminate the expansive and prolific nature of her career.

Since the mid-1950s, Yayoi Kusama has rigorously explored themes of obsession, accumulation, and repetition through an extensive body of work dominated by a compulsive use of dots, nets and biomorphic shapes. In 1958, Kusama moved from Tokyo to New York where she became acquainted with Joseph Cornell, Andy Warhol, Claes Oldenburg, Mark Rothko and Barnett Newman. In light of these diverse influences, Kusama's style resists strict categorization and incorporates elements of Surrealism, Abstract Expressionism, Pop, Minimalism, Feminism, and Performance Art.

Selfportrait (1982) is a rare work in which Kusama has rendered an image of herself in acrylic and collage. While Kusama is often photographed standing in front of her paintings, sculpture and installations, it is unusual to see a work in which she is the main subject. In this self-portrait, Kusama's likeness is formed by the very nets and dots for which she has become known.

The exhibition will feature two objects from Kusama's Accumulation series, which was begun in 1962 and continues throughout her career. The series features domestic items such as shoes, chairs, clothing, and pots adorned with phallus-shaped objects that are sewn, stuffed taut with cotton, and then painted. Pollen (1984) is comprised of a small white chair draped with curly white and pink synthetic hair out of which a cluster of Kusama's soft sculptures emerge. Shoes (2002) is a playful work that consists of high-heeled shoes stuffed with Kusama's biomorphic sculptures and covered in red polka dots.

Nest Inside (1981), incorporates a photograph of a nest of birds collaged onto a painting embellished with glistening silver dots. Kusama created a number of collages in honor of her close friend, Joseph Cornell, after his death in 1972. This collage references Cornell with its bird motif, one of his most frequently used images.

Yayoi Kusama was recently included in the Whitney Biennial in 2004 and had a solo show at the Museum of Modern Art in 1998. In October of 2006, Kusama was awarded the 18th annual Praemium Imperiale award for painting in Tokyo, where she currently works and lives.