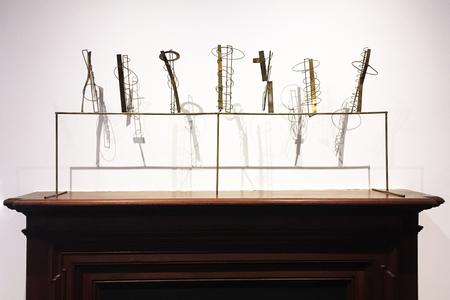 Barbara Mathes Gallery will be closed on Monday, February 6th. 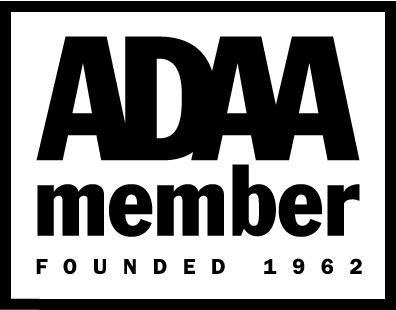 Barbara Mathes Gallery is committed to making this website available to as many people as possible and is engaged in continued efforts to ensure that this website is accessible to those with special needs, including those with visual, hearing, cognitive and motor impairments. Our efforts in that regard are ongoing. Many internet users can find websites difficult to use. We recognize that this is an important issue, and we are working to ensure that this website is accessible to all persons who wish to use it. Our efforts to improve this website in this regard are in process, so if you come across a page or feature you find inaccessible or difficult to use, please send your feedback to: art@barbaramathesgallery.com.

Barbara Mathes Gallery was founded in 1978 and specializes in paintings, sculpture, and works on paper by modern and contemporary masters.  The gallery is known for its tightly focused one-person shows and for imaginative thematic exhibitions that present major modern and contemporary artists in new and illuminating contexts.  The gallery is also dedicated to exhibiting the work of overlooked major masters in art historical contexts.  Trained as an art historian, Barbara Mathes brings a scholarly focus and emphasis on research to the gallery program.

One of the gallery’s particular concentrations has been Italian art of the postwar era with a longstanding commitment to the work of Fausto Melotti who was first introduced to American audiences by the gallery in 1995. In recent years the gallery has presented the latest in a series of exhibits devoted to Melotti’s work: Fausto Melotti: Sculpture and Ceramics (2014); Fausto Melotti: Works on Paper and Plaster (2013); and Melotti and Morandi  (2016). In 2013 the group show Elementi Spaziali combined the work of Italian artists who had never been exhibited together in New York: Agostino Bonalumi, Enrico Castellani, Dadamaino, and Paolo Scheggi. The gallery inventory also includes work by Carla Accardi, Pier Paolo Calzolari, and Michelangelo Pistoletto.

Additionally, the gallery has a strong involvement with American artists of the 1950s, 60s and 70s including Carl Andre, Franz Kline, Sol Lewitt, Robert Mangold and Joan Mitchell. In 2014, the gallery presented Spaces of American Pop: Allan D’Arcangelo, Joe Goode and Robert Moskowitz, which offered a fresh view of three artists who captured the changing American landscape during the 1960s. Other recent thematic exhibitions include Diptychs and Triptychs (2015), According to Plan (2013) and California Dreaming (2013).  According to Plan explored the multivalent role that plans play in determining artistic outcomes, and California Dreaming featured a diverse selection of Californian artists active in the 1960s and 1970s, highlighting an alternative history of American art.

The gallery has an ongoing history of organizing solo exhibitions of artists long due for reappraisal.  In May, 2016 the gallery showed the paintings and drawings of Edda Renouf, whose work is little known to American collectors. In the spring of 2015, the gallery presented Tadaaki Kuwayama: Early Work, an exhibition that reintroduced American audiences to the minimal paintings of Tadaaki Kuwayama.  Kuwayama’s distinctive works were shown at the historic Green Gallery in the early 1960s, and were included in the epochal 1966 Systemic Painting exhibition at the Guggenheim Museum. In 2012, the gallery announced its representation of Agostino Bonalumi and organized the artist’s first New York solo exhibition since the 1960s.

Other exhibitions of note include: