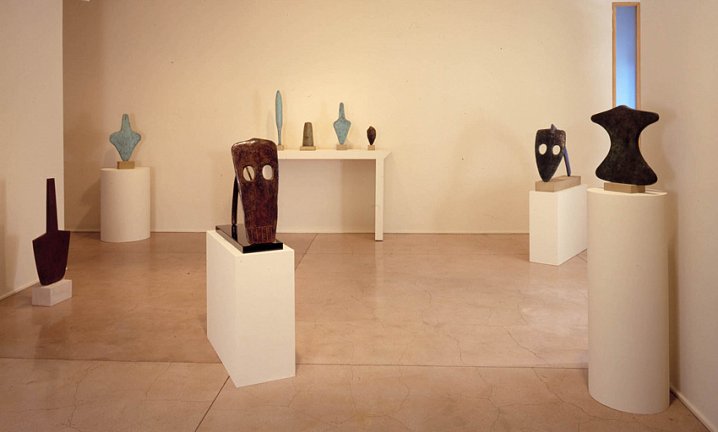 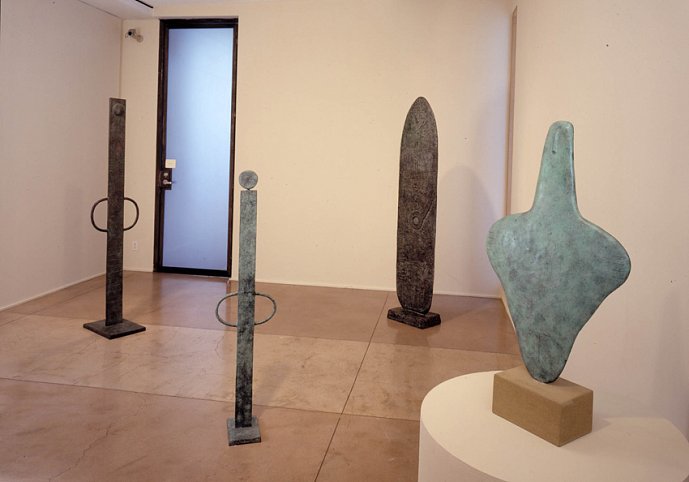 Barbara Mathes Gallery is pleased to announce an exhibition of works by the British sculptor William Turnbull. This exhibition includes more than 12 bronze sculptures modeled and cast between 1982 and 2001.
Born in Scotland in 1922, Turnbull studied at the Slade School of Fine Art in London from 1946 to 1948. The artist spent the next two years in Paris, where he knew Giacometti and Brancusi. In 1950, he returned to London where his first one-man exhibition was held at the Hanover Gallery the same year. Turnbull represented Britain at the Venice Biennale in 1952, and has exhibited in numerous solo and group exhibitions in Britain and abroad. A retrospective exhibition of his work was held at the Tate Gallery in 1973. Two decades later, David Sylvester organized an exhibition of his paintings and sculpture for the Serpentine Gallery, London (1995). The last exhibition of the artist's work in New York was at the Barbara Mathes Gallery, in 1998.
The sculpture currently on view at the Barbara Mathes Gallery refer directly to primitive forms, such as Paleolithic mother goddesses, Cycladic masks, Pacific paddle forms, and African imagery. These sacred and totemic forms remind us of the evocative power of objects, while their simplicity demonstrates the influence of Brancusi and other modern masters. The defining characteristic of these works appears to be a uniform elegance, suggesting a relationship between the refined and the sacred.
Turnbull focuses particularly on the surface of his sculptures. Indeed, they carry an abstract beauty of their own. The smoothness of the bronzes reminds us of fine Asian ceramics while their patination evokes the passage of time. Ancient languages and symbols appear in Ancestral Figure of 1988, whose closely patterned surface reminds us of scrawling glyphs and whose shape alternately suggests a tablet or a tombstone. This mastery of patination and surface texture is a distinguishing feature in Turnbull's remarkable work.