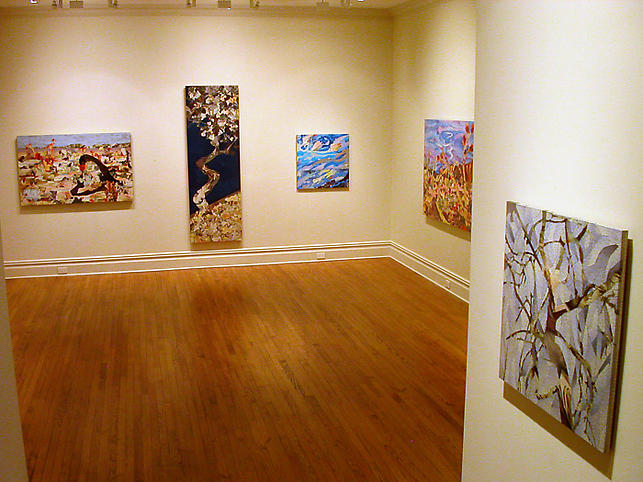 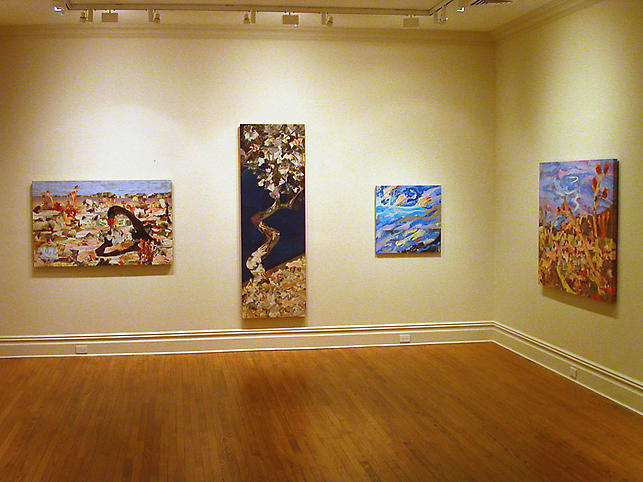 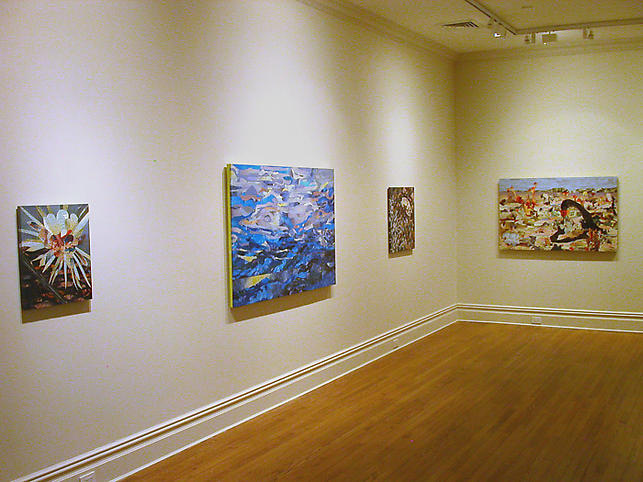 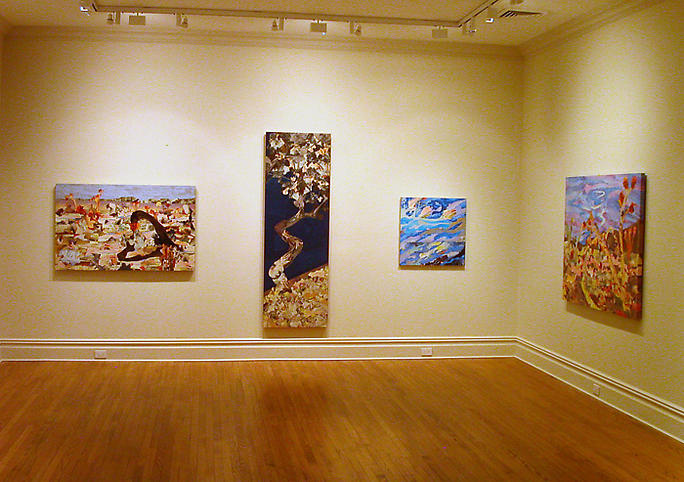 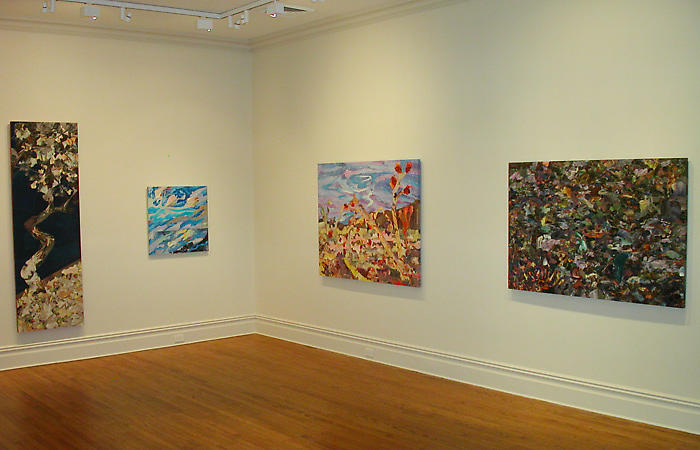 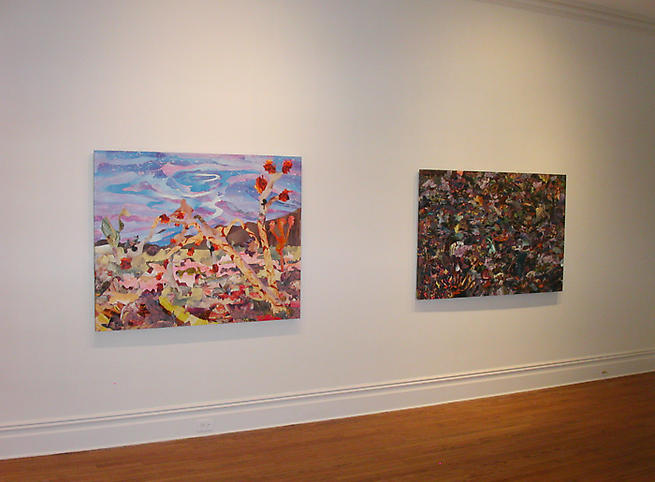 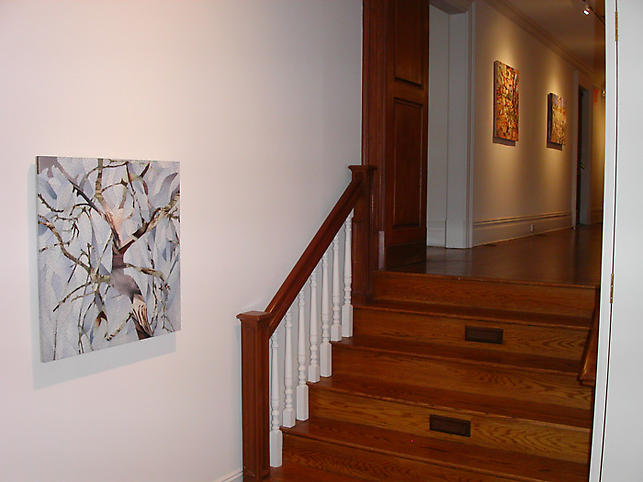 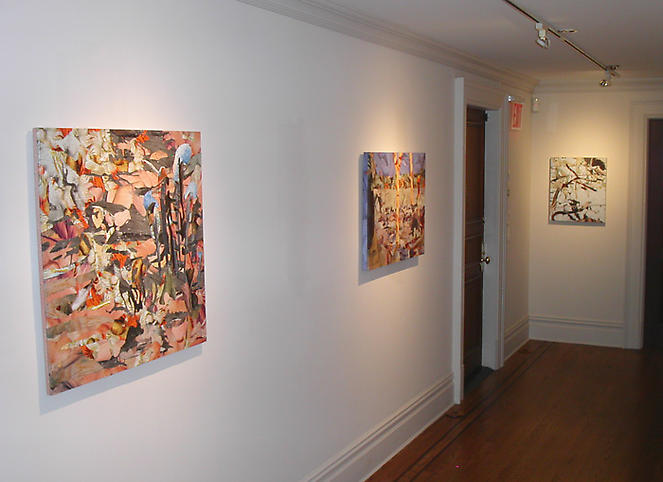 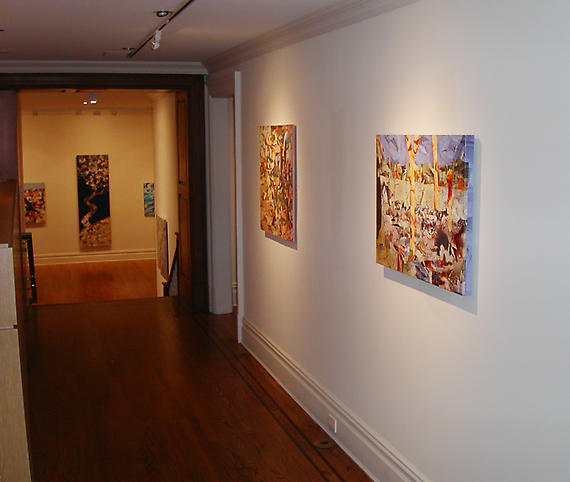 New York, January 3, 2008 -- Barbara Mathes Gallery is pleased to announce an exhibition of approximately fifteen recent works by California artist, Tony Berlant. This will be Mr. Berlant's first solo show with the gallery.

Since the mid-1960s, Berlant has developed his signature method of collaging industrially fabricated metal against plywood surfaces. While his materials are ostensibly sculptural, his works engage the aesthetics of painting, demonstrating a nuanced appreciation for color, composition, figuration, and abstraction. These painterly qualities stand in tension with the assertive materiality of Berlant's surfaces. Steel brads puncture the picture plane at regular intervals, establishing a visual rhythm more related to a work's construction than its depicted content. Berlant also has a fondness for partially oxidized tin, which can lend his images a distressed or aged character. While at the outset of his career he used tin advertising signs for his materials, he now avails himself of a variety of sources of this metal, both found and specially fabricated.

Berlant's work in recent years has become increasingly complex and ambitious. He has splintered his metal planes into delicate shards that more closely resemble mosaic tesserae than traditional collage elements. This meticulous level of detail has developed alongside an expansion in overall scale. Recent works frequently offer sweeping vistas onto an elaborate visual world that skirts the line between representation and abstraction. Berlant's pictorial vocabulary draws from a wealth of fine art traditions, including Abstract Expressionism, Pop, and the Dada of Kurt Schwitters. He has also discussed his fascination with more local sources of imagery, such as Navajo textiles and the desert environment outside his native Los Angeles. These diverse influences have cohered into a singular iconography that is as unique as his working method.
An excellent example of these developments is Center Cut of 2005. In this work, spiked metal forms radiate out from a central mass of swirling color, depicting what could be the petals of an outsized, surreal flower. This floral image dominates the picture plane, hovering against a fantastic landscape populated by a school of fish-like creatures. From a distance the figurative elements in this work stand out to the viewer, creating a loosely representational scene. However, at a closer proximity, its intricate complexity causes the image to dissolve into a sea of fragmented abstraction, punctuated by the allover staccato rhythm of Berlant's signature steel brads.

Tony Berlant was born in New York in 1941 and moved to Los Angeles early in his childhood. He earned his MA and MFA at the University of California, Los Angeles as a student of Richard Diebenkorn and would later join its faculty. He received early critical attention when Clement Greenberg included his work in an exhibition at the Los Angeles County Museum of Art in 1960. He has exhibited widely in the United States, and his work is represented in major museum collections, including the Whitney Museum of American Art, New York; the Hirshhorn Museum and Sculpture Garden, Washington D.C.; and Los Angeles County Museum of Art.