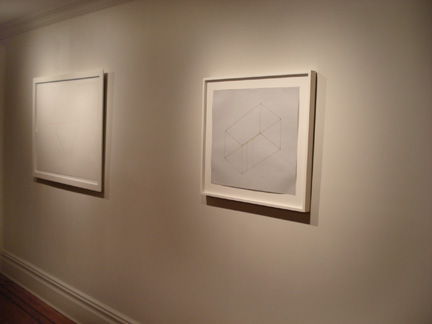 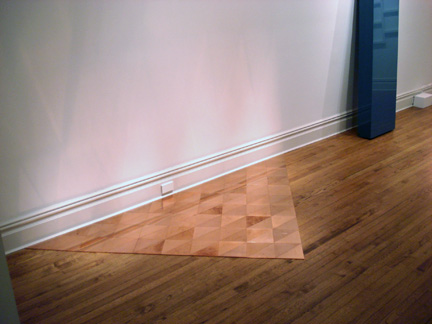 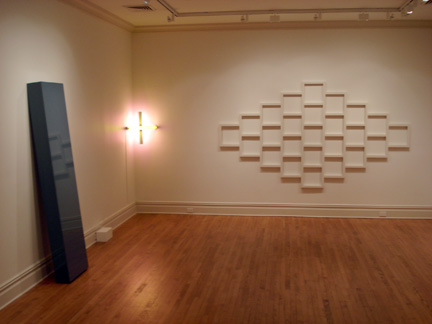 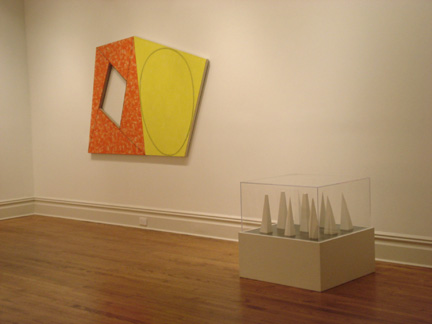 Barbara Mathes Gallery is pleased to present "The Minimalist Site," a group exhibition of Minimalist sculpture and painting that explores the relationship between the work of art and its supporting architecture. This issue was central to the Minimalists' formal reductions and elimination of narrative. By paring down internal dynamics, their work acquired a reflexivity, in which art acknowledged or responded to its immediate environment. For these artists, the surrounding architecture took on new importance. No longer anonymous supports, the wall and floor became active surfaces that could be incorporated into the work. The ramifications of this insight continue to be felt today, as site specific and installation strategies have become essential components of contemporary artistic practices.

The centerpiece of this exhibition is a rare and monumental Sol LeWitt wall relief from 1977. This structure transforms the wall into a platform for a pioneering form of modular sculpture. Using an open square as a standardized unit, LeWitt translates a conceptual statement into sculptural form. In raking light, this work opens onto the wall to create an intricate interplay of geometry and shadow.

Other works in the show include a Frame/Ellipse painting by Robert Mangold, in which a shaped canvas becomes an architectural framing device. A Carl Andre copper sculpture dispenses with the pedestal and lies directly on the floor, expanding horizontally across the exhibition space. Dan Flavin's corner-mounted fluorescent tubes paint the walls with pure, luminous hue. A plank by John McCracken leans casually against the wall, creating an external geometry of negative space.

Together, these works open a window onto the full richness of the Minimalist generation. Rather than representing an aesthetic of puritanical austerity, these artists were committed to rethinking the limits of traditional mediums and expanding the parameters of modern art.