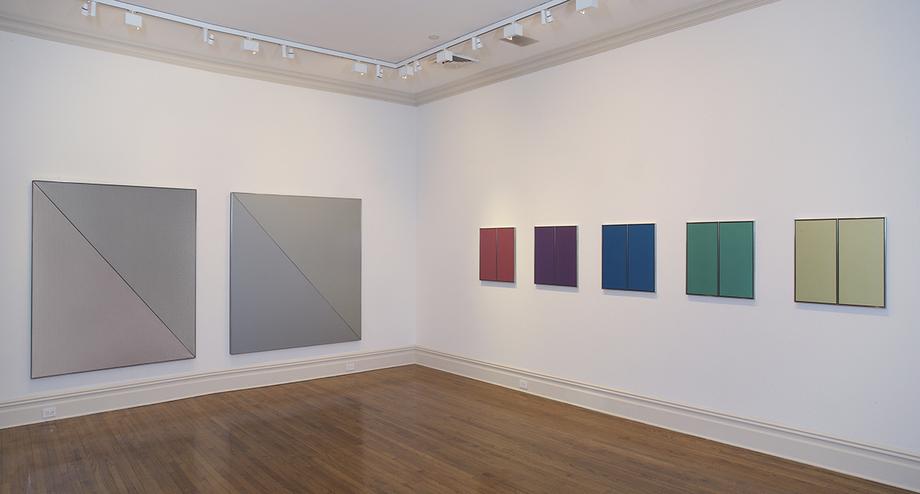 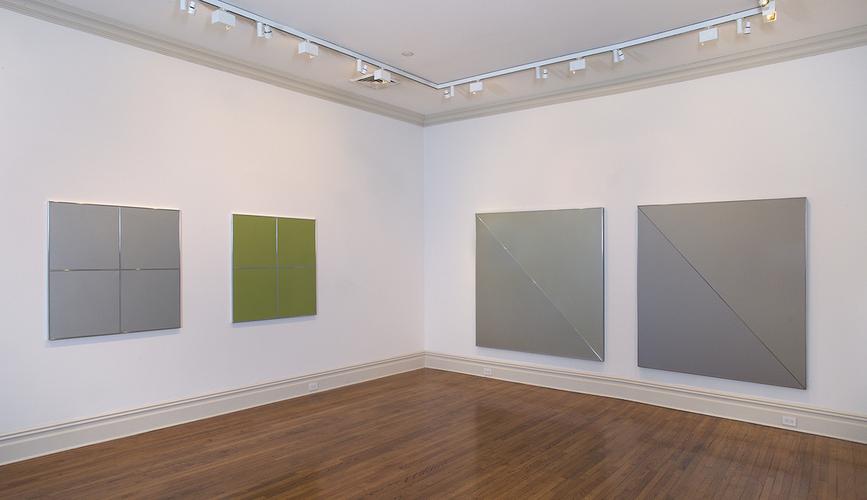 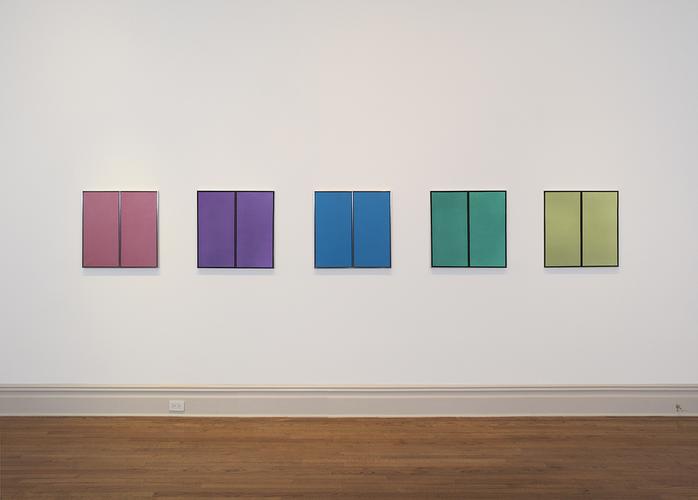 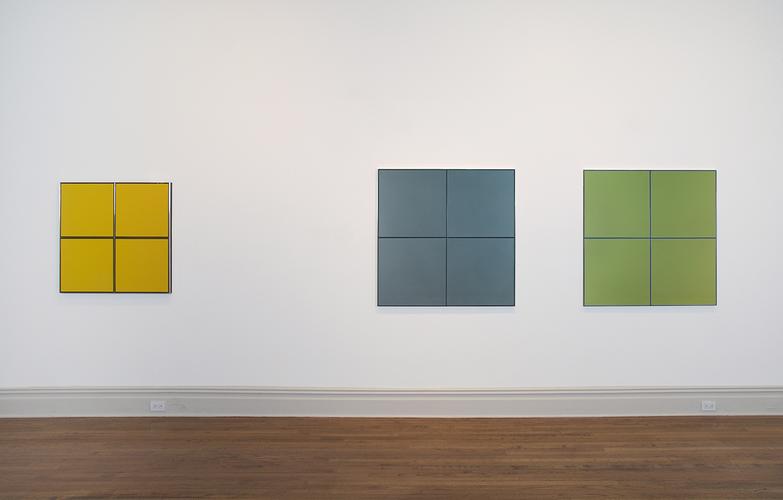 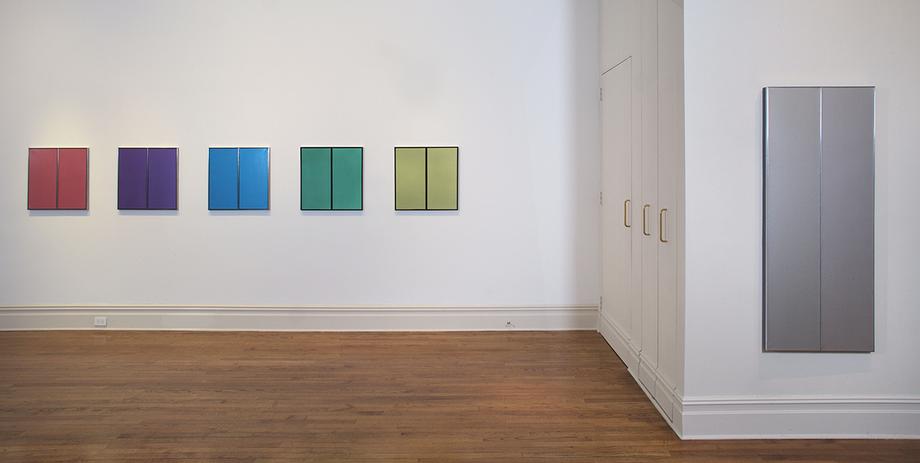 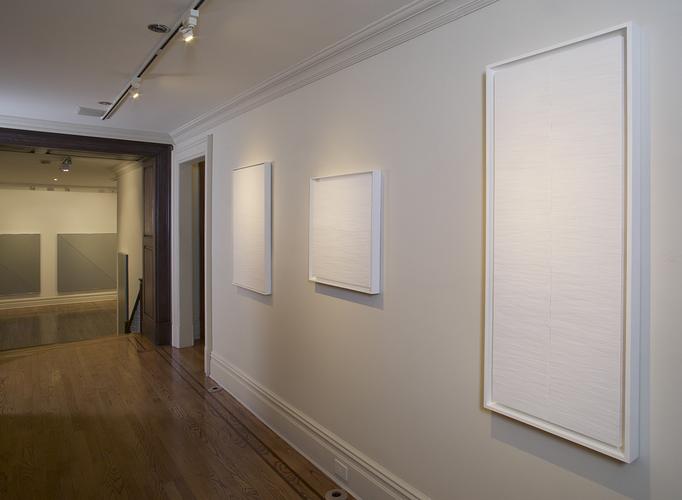 Barbara Mathes Gallery is pleased to present Tadaaki Kuwayama: Early Work, 1962-1975.  Since his arrival in New York from Japan in 1958, Kuwayama has produced nuanced, colorful paintings that transcend easy categorization.  His subtle yet bold compositions present viewers with a unique exploration of color, surface, geometry and structure.  Though related to traditional Japanese nihonga painting, Color Field and Minimalism, Kuwayama’s investigations are best considered on their own terms.  This exhibition will focus on Kuwayama’s intriguing metallic paintings from the 1960s and 1970s, which combine reflective acrylic surfaces with subdivided aluminum frames.

The works presented in this exhibition were essential to the establishment of Kuwayama’s reputation in New York during the 1960s and 1970s.  After immigrating to the United States, Kuwayama studied at the Art Students League in New York where he freed himself from the strictures of the nihonga tradition and, by the early 1960s, became associated with Donald Judd, Yayoi Kusama, Dan Flavin and Frank Stella, among others.  Exhibitions at the Green Gallery in New York (1961, 1962) and the Galerie Bruno Bischofberger, Zurich (1967, 1968) brought Kuwayama international attention, and his work was shown in several historic exhibitions, including Systemic Painting at the Solomon R. Guggenheim Museum, New York (1966) and New Shapes of Color at the Stedelijk Museum, Amsterdam (1966).  This exhibition presents an opportunity to reexamine Kuwayama’s colorful and multifaceted work of the 1960s and 1970s.

Kuwayama’s paintings create surprisingly complex relationships and effects within and between works.  Untitled (TK6924-’66) (1966), for example, presents monochromatic panels of metallic pink divided by a vertical aluminum strip that connects with the square frame.  Though suggestive of a diptych, the aluminum frame and strip contain the work as a single painting/object.  Acrylic metallic paint reflects light that moves with the viewer; however, the artist’s use of the airbrush distances his hand from these surface effects.  Kuwayama repeats these relationships in four related works in different colors, asking us to consider their relationship to the ensemble.  Other works in this exhibition contain a variety of surfaces and geometries, yet modulations of form and color must be considered individually and as a compositional whole, reflecting Kuwayama’s statement that "ideas, thoughts, philosophy, reasons, meanings, even the humanity of the artist, do not enter into the work at all.  There is only the art itself.  That is all."

Barbara Mathes Gallery is located at 22 East 80th Street.  The gallery is open Tuesday through Friday, 10AM to 6PM and Saturday, 10AM to 5PM.  For more information or images, please contact Marie Kim at 212-570-4190 or art@barbaramathesgallery.com.