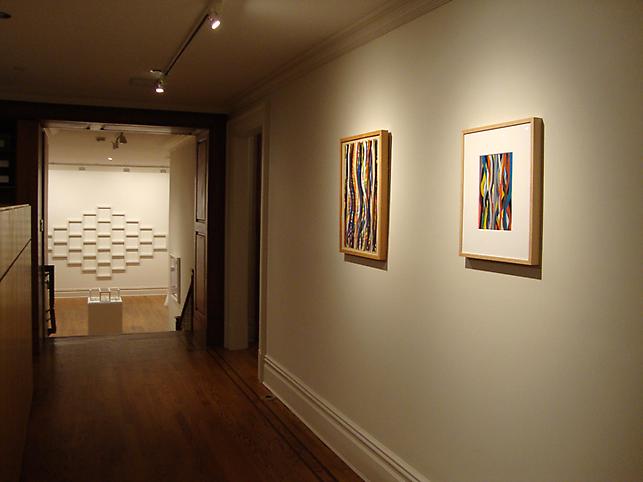 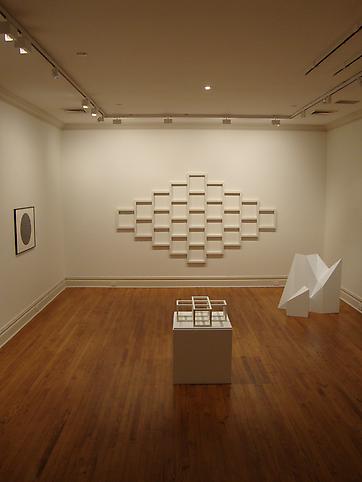 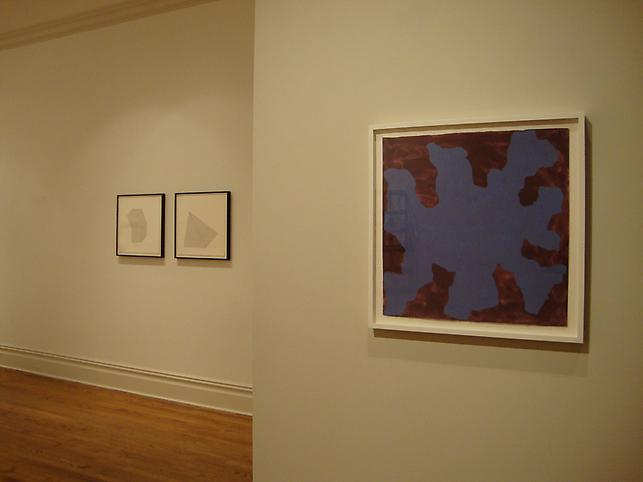 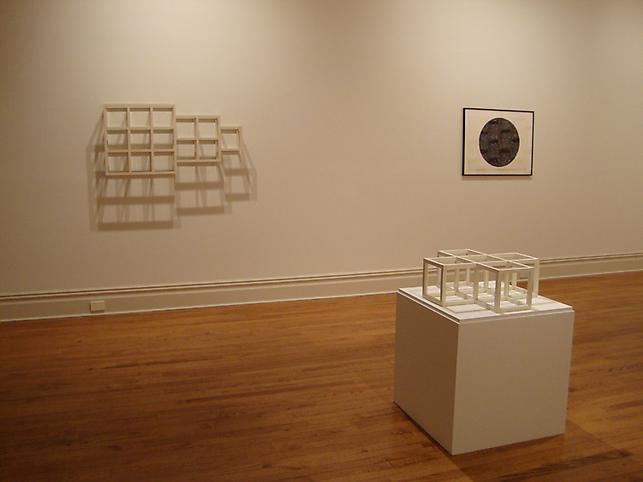 Barbara Mathes Gallery is pleased to present "Sol LeWitt: Structures and Drawings," an exhibition featuring selections of the pioneering artist's work in two and three dimensions.

Sol LeWitt was a leading figure in the development of Minimalist and Conceptual art. Over the course of his five decade career, he produced an expansive oeuvre characterized by the use of serial structures, geometric forms, and conceptual clarity. Breaking with traditional artistic practice, he privileged the ideas behind a work of art over the physical act of execution. As he wrote in his foundational essay, "Paragraphs on Conceptual Art," "In conceptual art, the idea or concept is the most important aspect of the work… The idea becomes a machine that makes the art." In his signature working method, he would produce written statements and diagrams that would then be passed on to an assistant for construction – an approach to art making that would be hugely influential for other conceptualist practices that emerged in the '60s and '70s.

In the early 1960's, LeWitt first began to create his "structures," a term he used to describe his three-dimensional work, implying it had more in common with architecture than carved or molded statuary. By adopting a reduced visual vocabulary of basic geometric forms, works such as Wall Structure (1977) present how the use of cubic modules gives expression to their conceptual premise. The structure's open grid framework emphasizes the symmetry and seriality of both the individual cubes and the collective unit, while other works, such as Structure (1988), focus on the dynamism of closed geometric forms cut at oblique angles. Both structures highlight the juxtaposition between light and shadow. Although grounded within a minimalist aesthetic, the structures go beyond the minimal into a conceptual premise of converging spatial and temporal realities.

LeWitt increasingly worked with gouaches during the final two decades of his career. These represented a significant departure from the rest of his practice, as he created these works with his own hands—even going so far as to painstakingly make his own paints. With their sumptuous palette and fluid brushstrokes, the gouaches appear strikingly different from the structures' monochrome geometries. And yet their leap from verbally succinct concept to chromatically lush object produces a similar kind of cognitive dissonance.

Sol LeWitt was born in 1928 in Hartford, CT and completed his BFA at Syracuse University in 1949, before serving in the United States Army during the Korean War. In 1953, he moved to New York, where he first worked for the architect I.M. Pei and later as a night receptionist at the Museum of Modern Art, where he met future critic Lucy Lippard and fellow artists Dan Flavin, Robert Mangold, and Robert Ryman. LeWitt quit his job at MoMA in 1964 to pursue art as a full-time career. Major retrospectives of his work have been held at the Museum of Modern Art, New York (1978), the San Francisco Museum of Modern Art (2000), the Museum of Contemporary Art, Chicago (2000), and the Whitney Museum of American Art, New York (2001). The artist passed away in 2007 in New York City.