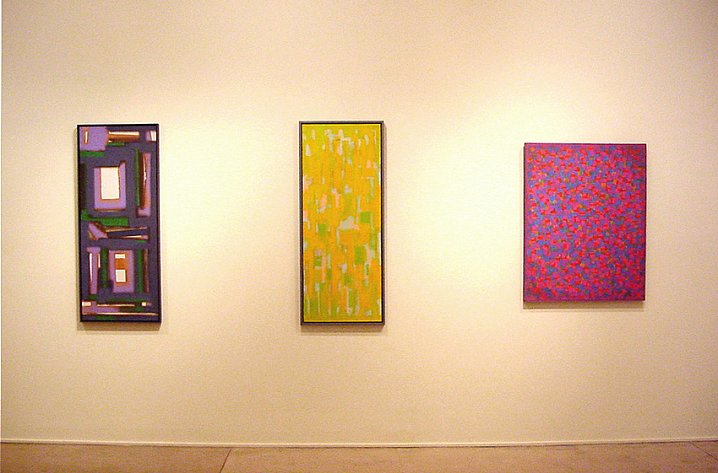 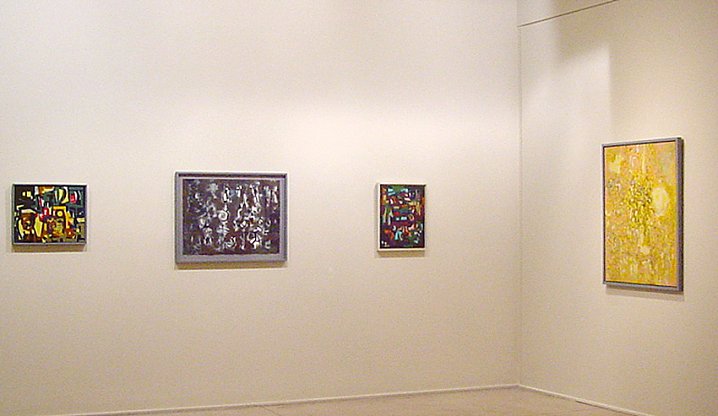 Barbara Mathes Gallery is pleased to present Ad Reinhardt & Contemporaries: 1940-1950. Featuring early paintings and works on paper by Reinhardt, the exhibition narrows its focus to the almost forgotten decade of the forties when the culmination of Modernism and the rise of Contemporary art converged.

Upon joining the American Abstract Artists in 1937, Reinhardt found himself amongst peers who shared his desire to filter new meaning out of the various European Modernist movements in order to establish their own visual vocabulary. Heavily influenced by Collage, Cubism and Mondrian's geometric abstraction, Reinhardt soon succeeded in articulating a strong individual outlook. By the late thirties, he began to loosen the Cubist grid, which gave his works an increased painterly effect.

Untitled (1943) is an excellent example from this period. Uneven forms, only defined by shape and color, floating in an indeterminate shallow space, are assembled to, as Reinhardt defined it, an "all over baroque-geometric-expressionist" pattern. Exhibiting Reinhardt's talent as a colorist, the unusual palette of soft yellows, vibrant greens, blues and pinks generates a mood of quiet harmony and provides the vertical canvas with an almost meditative translucence.

Although Reinhardt later promoted an art that should lack any emotional content, early works, such as Abstract Painting (1947), show an astonishing amount of gestural expressiveness. Here, broad brushwork, reminiscent of Stuart Davis, builds up to a lyrical assemblage of multi-layered shapes that are devoid of external associations. It is in these symphonic and highly individualistic compositions that the viewer is reminded of Reinhardt's statement that "pure painting" should be "direct experience and honest communication".

In order to re-examine Reinhardt's early work in the context of his contemporaries, the exhibition will include works by James Brooks, Stuart Davis, Arshile Gorky, Adolph Gottlieb, Harry Holtzman, Willem de Kooning, Jackson Pollock, Mark Rothko, and others.