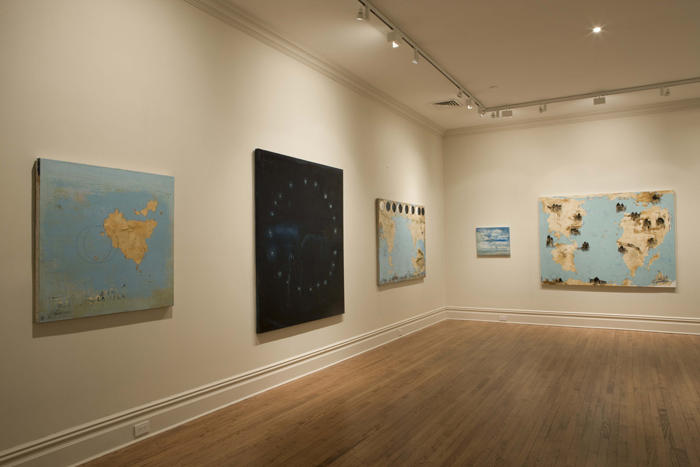 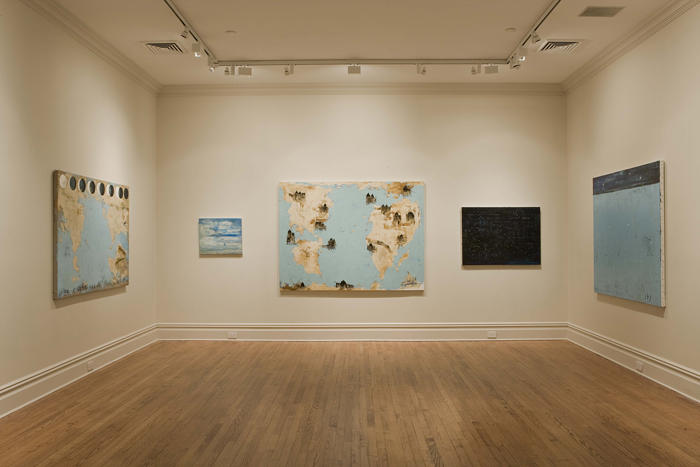 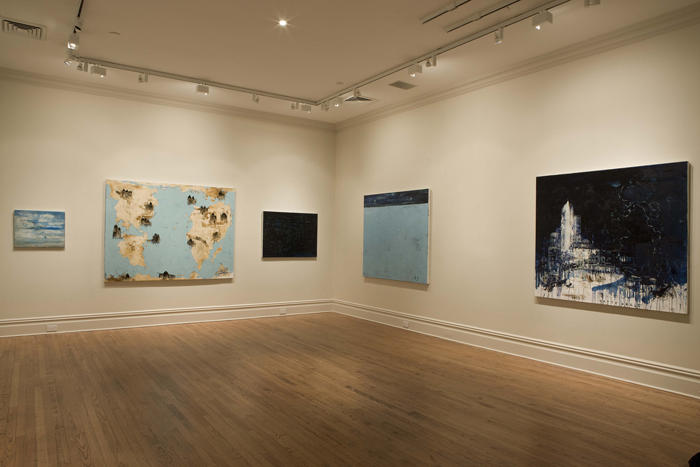 New York, February 16, 2008: The first United States exhibition of works by Italian artist Pizzi Cannella in 15 years will be held at the Barbara Mathes Gallery this spring.
Piero Pizzi Cannella was among the young Italian artists of the 1970s who turned from the hard-edged rigors and austerity of Conceptual art and in the 1980s were deemed part of the Nuova Scuola Romana (New Roman School) and the Roman Gruppo di San Lorenzo. After initially working in mixed media, Cannella adopted painting. Beginning in the mid-1980s, he began a series of works that set objects (dresses, stools, beds, doors, cathedrals) against unspecified, non-descript backgrounds. The backgrounds were often scraped and reworked, the finished surfaces thick with paint, and the objects stood alone, as if fragments of memory that emerged involuntarily.

Cannella conceived the works in Earth, Sky and Sea specifically for exhibition in New York. Paintings in the exhibition take as their theme the most elemental of subjects and the intangible phenomenon that surround them. Some paintings incorporate maps of imagined continents and territories (Cannella began painting maps during the first Gulf War, when CNN began broadcasting maps that tracked the trail of carnage in Iraq). In one painting, the earth is surrounded by a varnish-yellow sky that is either encroaching on the planet or receding from its atmosphere. Cathedrals continue to assume importance in his new works, dotting imagined territories and suggesting a fantastical pilgrimage route for an unknown religion.

As in much of his work of the past, Cannella continues to set the representational against the abstract, the recognizable against the unrevealed. The scraped surfaces of the paintings are richly tactile and suggest the wearing, corrosive effects of time. The sense of calm and serenity in these lyrical works embody a paradox: light, air, and atmosphere – things that can't be held or grasped – are more precisely rendered and feel more real than the water or earth that make up the physical world.

Cannella's last one-man exhibition in the United States was held at Anina Nosei Gallery in 1993. His work was the subject of a retrospective at the Museo d'arte contemporanea in Rome in 2006-2007, and he shows regularly with galleries in Rome, Paris, Amsterdam and elsewhere in Europe. His paintings are in the permanent collections of the Comunale d'Arte Moderna in Bologna, the Palazzo Reale in Milan, the Museum Moderner Stiftung Ludwig in Vienna, and in important private collections throughout Europe. He lives and works in Rome.