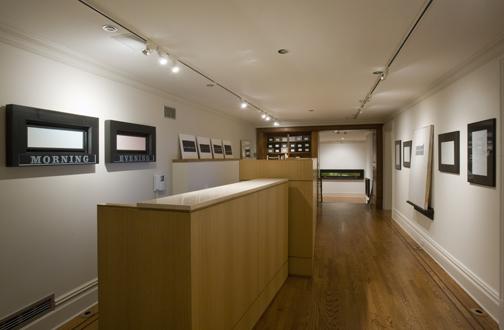 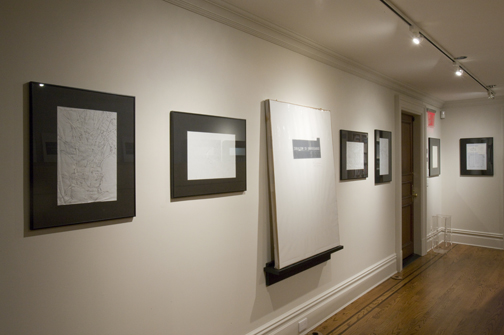 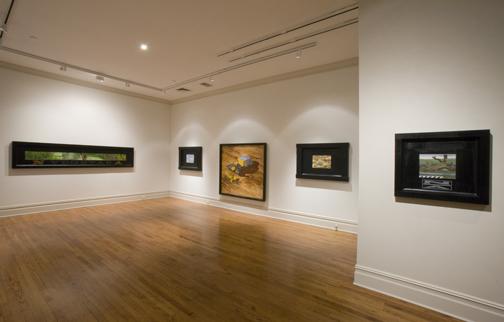 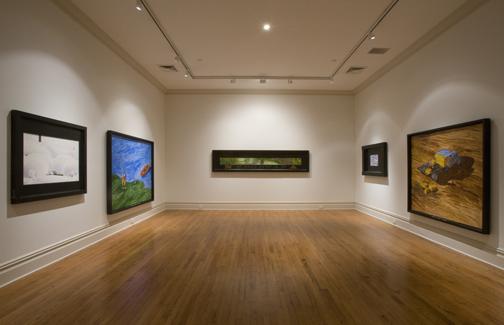 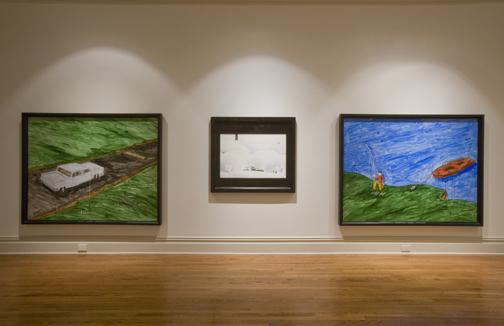 Barbara Mathes Gallery is pleased to present "Neil Jenney: New Work/Old Work," an exhibition of recent highlights as well as a selection of "Bad Paintings" from his much celebrated 1968-70 period.

Neil Jenney has been a defiantly unique voice in contemporary painting for over forty years. As declared by the cheeky "Foto Free" stickers he has been known to stick to his frames, he has been an outspoken supporter of a do-it-yourself brand of realism, free of photographic or technological aids. For four decades, Jenney has steadily refined his technique, achieving Old Master effects seldom seen in contemporary painting. His recent work extends the centuries-old tradition of realist landscape painting into contemporary times. Rather than offering viewers sweeping, inviting vistas, these paintings close in on specific environmental vignettes: a rushing brook, the arch of a palm frond, or a stone wall fencing off a patch of backyard. Presented in outsized, thick black frames, Jenney confronts the viewer with a vision of idealized nature that is inaccessible and only seen in slivers and glimpses. The exhibition will feature a diverse selection of the artist's recent work, including his first foray into snowscapes and the monumental North American Vegetae, a nearly 10' painting that culminates a three-year long series.

Before embarking on these so-called "Good Paintings," Jenney was better known for being "bad." Begun in 1968, his "Bad Paintings" took the art world by surprise with their brash reinvention of figurative painting. Responding to the fastidious polish of New York's then burgeoning Photorealism movement, Jenney decided, "It would be better to take a good idea and do it badly." With a willfully slapdash technique and his characteristically sardonic wit, he confronted viewers with bald juxtapositions that he believed represented a form of realism based on ideas rather than mimetic accuracy. As seen in Fisher and Fished, a major work from this period featuring a comically triumphant fisherman kneeling before his paltry day's catch, these works offer wry commentary on issues of universal human significance.

Jenney's work can be found in many major museums, such as the Metropolitan Museum of Art (New York), the Whitney Museum of American Art (New York), Los Angeles County Museum of Art, the Solomon R. Guggenheim Museum (New York), and the Museum of Modern Art (New York), as well as numerous international collections. He has participated in historically important exhibitions, including two Whitney Biennials (1973, 1981), the Whitney's "New Image Painting" (1978), and the New Museum of Contemporary Art's "Bad Painting" (1978), the last of which was inspired by his series of the same name. The Berkeley Art Museum mounted his mid-career survey in 1981, and the Aldrich Museum of Contemporary Art (Ridgefield, CT) exhibited a suite of recent paintings in 2007. Jenney lives and works in New York and Connecticut.