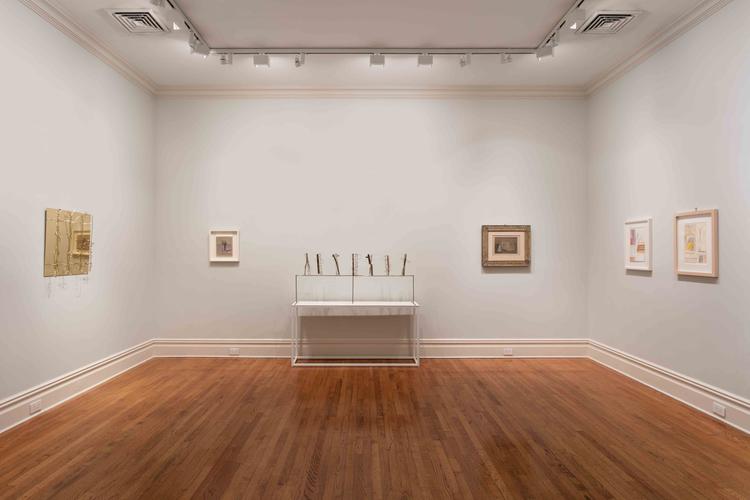 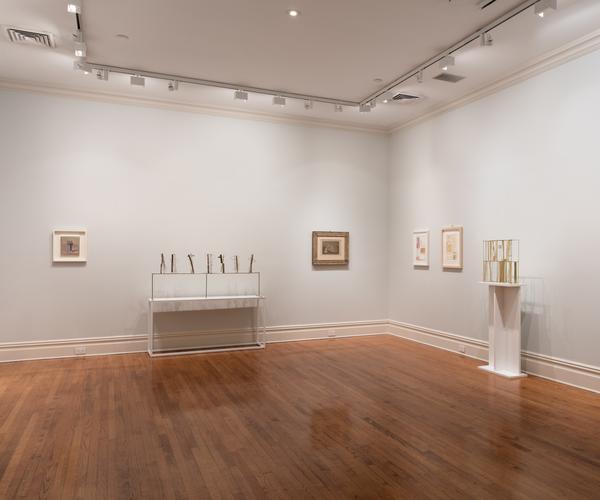 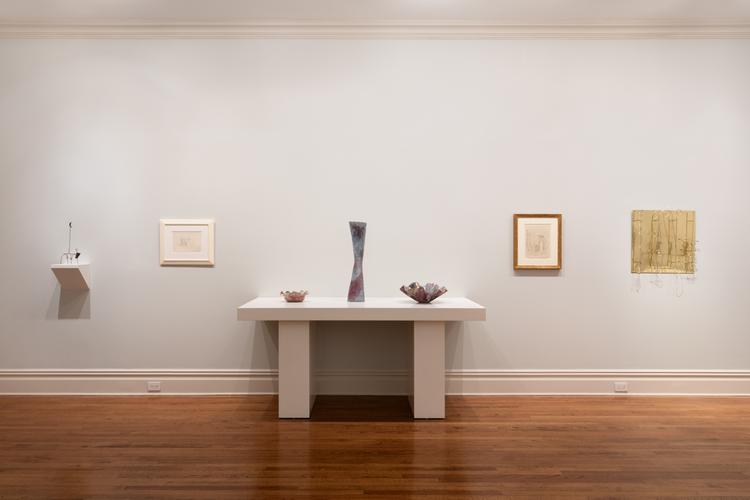 Barbara Mathes Gallery is pleased to present an exhibition of the work of Giorgio Morandi (1890-1964) and Fausto Melotti (1901-1986). Although Morandi is most known as a representational painter of deceptively modest still-lives and Melotti as a sculptor of lyrical abstraction, their work shares a series of surprising formal and conceptual similarities. Interested in geometry and the interplay of solids and voids, both artists were preoccupied by repetitions with variations, serial forms, and a near architectural concern with space. Pairing Morandi’s paintings and drawings with Melotti’s watercolors, ceramics, and sculptures, the present exhibition elucidates the affinities between these modern Italian masters.

In works such as Natura Morta (1932), Morandi explores the nature of space, time, perception and memory in meditative compositions that allude to sculpture, architecture, and the human figure.  Featuring similar objects—pots, jars, bowls, vases—Morandi’s drawings and paintings often depict the same forms numerous times in different arrangements. In the restrained formal language for which he is known, Natura Morta’s complex composition and use of negative space exemplifies the artist’s quietly emotional variations on subtle themes.

Repetitions with variation also preoccupied the slightly younger Fausto Melotti. Melotti was fascinated by musical structures and the compositions of metal sculptures such as Contrappunto II (1969/1984) were frequently inspired by arrangements such as harmony and counterpoint. While the delicate linearity of Melotti’s sculpture contrasts to the sculptural solidity of Morandi’s paintings, both artists continually explore the interaction of solids and voids and the perception of space.

Giorgio Morandi was born in Bologna in 1890, and studied at the Accademia di Belle Arti from 1907 to 1913. Considered to be one of the most important Italian artists of the 20th century and a touchstone for the development of Minimalist painting in the 1960s, Morandi’s work is included in most major public collections of 20th century art and has been the subject of numerous retrospectives including at the Metropolitan Museum of Art in 2008.

Fausto Melotti was born in Rovereto, Italy in 1901.  After studying engineering, he dedicated himself to becoming an artist and in 1928 entered the Academia di Belle Arte di Brera in Milan. A major force in Postwar European art, his work has been widely exhibited, is in the collection of major international museums, and was included in five Venice Biennales (1948, 1952, 1966, 1972, 1986).

Barbara Mathes Gallery is located at 22 East 80th Street.  The gallery is open Monday through Friday, 10am to 6pm and Saturday 10am to 5pm.  For more information or images, please contact the gallery at 212-570-4190 or art@barbaramathesgallery.com.