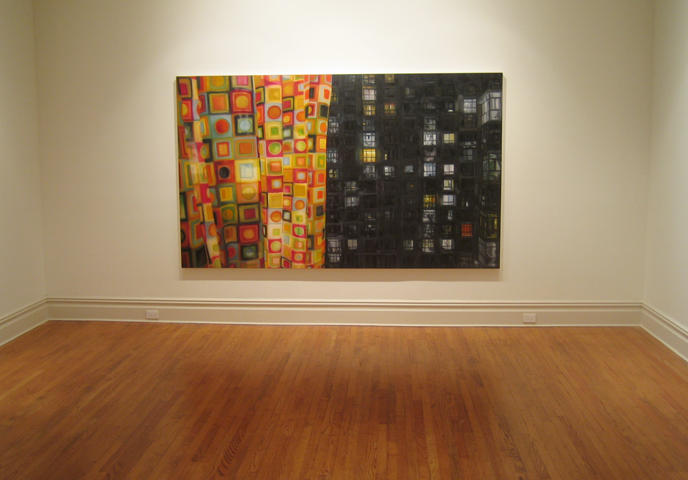 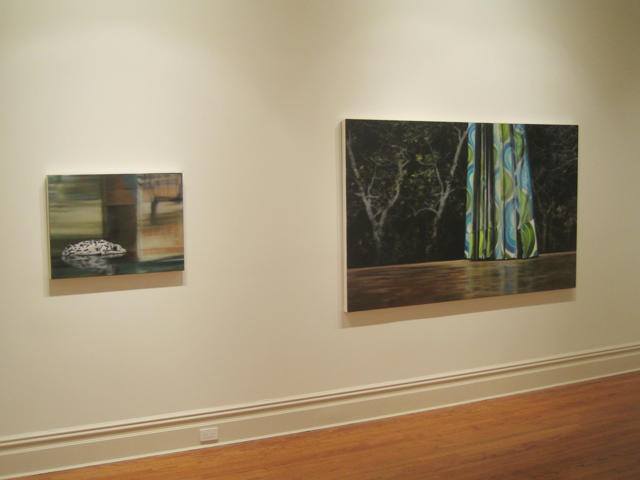 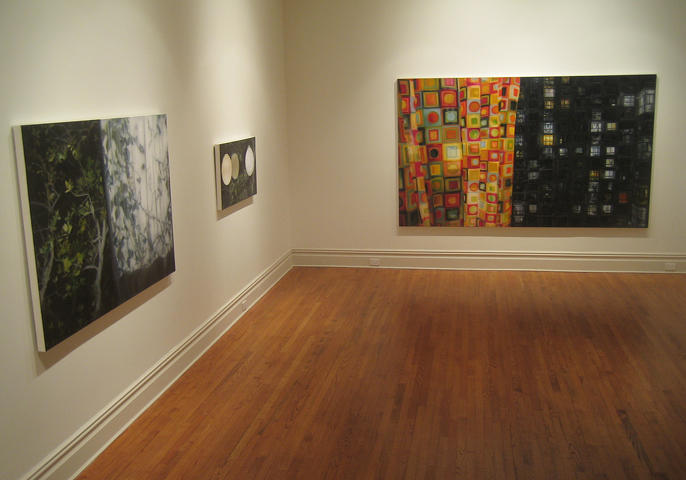 New York, July 31st, 2008 ­-- Barbara Mathes Gallery is pleased to present recent oil paintings by Karin Kneffel in an exhibition that marks the artist's second solo show in the United States and her second with the gallery.

Known for her inventive, masterfully rendered interiors, domestic animals, landscapes, and still lifes, Kneffel's work transforms quotidian subjects into fantastical imagery through formal experimentation and virtuosic technique. While she favors painting's traditional genres, Kneffel's imaginative compositions breathe fresh life into the medium's conventions. Much like the Surrealists, she extracts uncanny or discomfiting qualities out of the most banal household objects. Perspective shifts, exaggerated proportions, dramatic foreshortening, and mysterious lighting conditions create unexpected spatial relationships that disorient and mystify the viewer. Though Kneffel's works have the pristine, reflective finish of a photograph, the scenes they depict could only exist in paint.

A former master student of Gerhard Richter, Karin Kneffel studied at the Staatliche Kunstakademie Düsseldorf between 1981 and 1987. She has exhibited extensively in museums and galleries throughout Europe. She is represented in many distinguished public and private collections and has received various honors and awards, including the Karl-Schmidt-Rottluff scholarship (1993), Lingener Kunstpreis (1994), and Villa Massimo, Rome (1996). She lives and works in Düsseldorf.