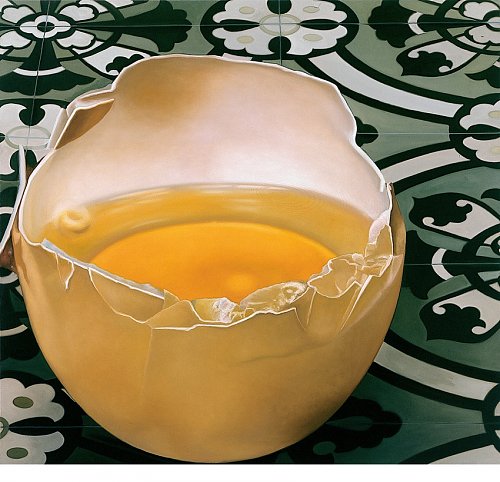 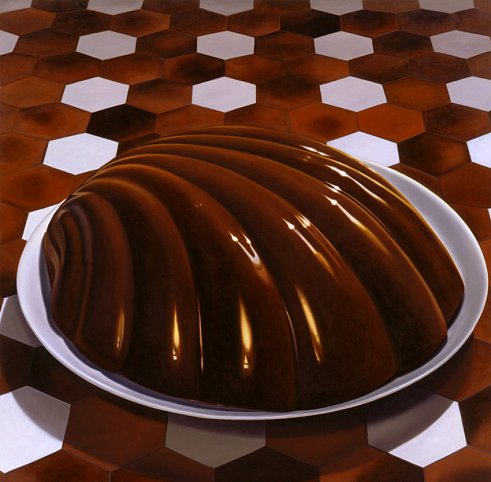 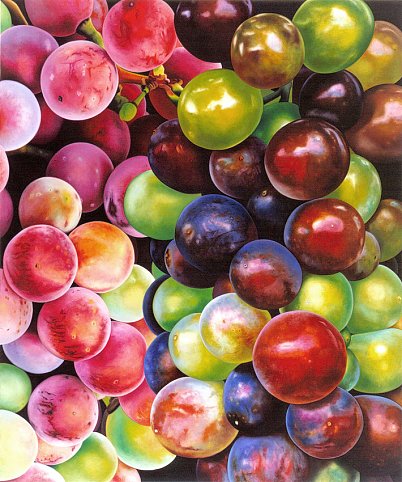 Barbara Mathes Gallery is proud to present recent oil paintings by Karin Kneffel in an exhibition that marks the artist's first solo show in the United States.

Known for her innovative realist renditions of interiors, domestic animals, landscapes, and still lifes, Kneffel depicts her subject matter with a strong devotion to precision and a sense of surrealist detachment. Though employing classic techniques and favoring some of the more established genres of realist art, Kneffel does not fail to give her work a definite contemporary twist.

Unusual perspectives, mysterious light conditions, dramatic foreshortening, and the exaggeration of natural proportions provide simple every day objects with an original independence. In lusciously painted depictions of an opened eggshell set against a vivid tile pattern, a West Highland Terrier visually absorbed by a white flokati rug, or spilled water on a parquet floor, Kneffel grants the ordinary center stake and invites the viewer to re-examine the often overlooked.

A former master student of Gerhard Richter, Karin Kneffel studied at the Staatliche Kunstakademie Düsseldorf between 1981 and 1987. She has exhibited extensively in museums and galleries throughout Europe. She is represented in many distinguished public and private collections and has received various honors and awards, including the Karl-Schmidt-Rottluff scholarship (1993), Lingener Kunstpreis (1994), and Villa Massimo, Rome (1996). She lives and works in Düsseldorf.