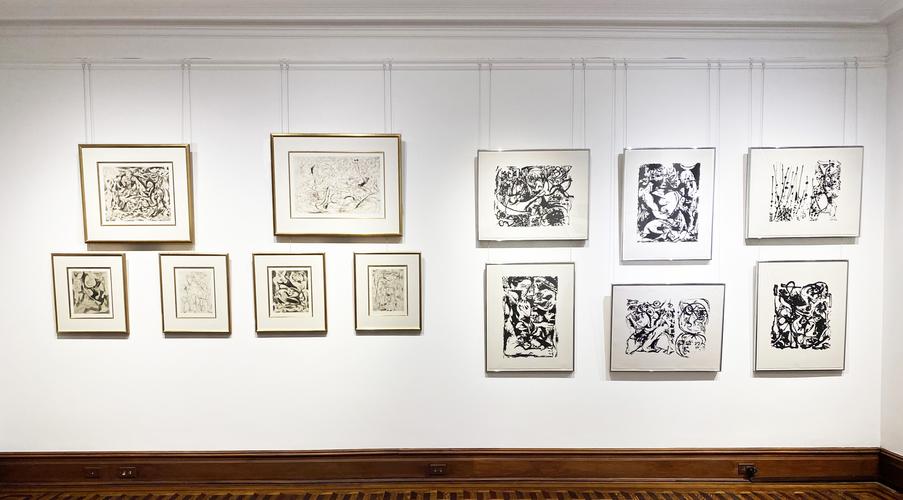 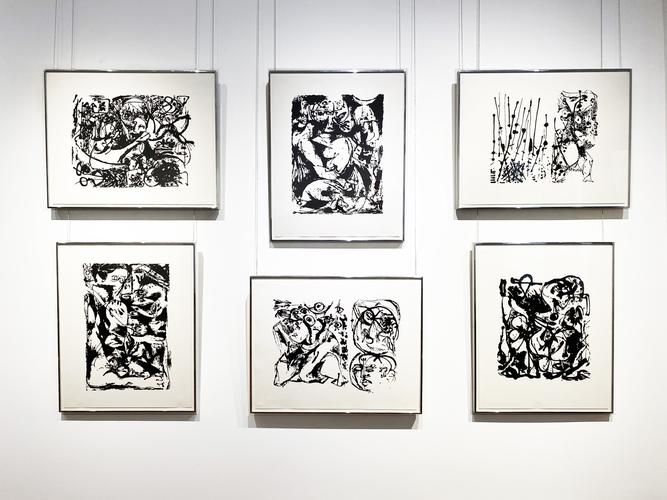 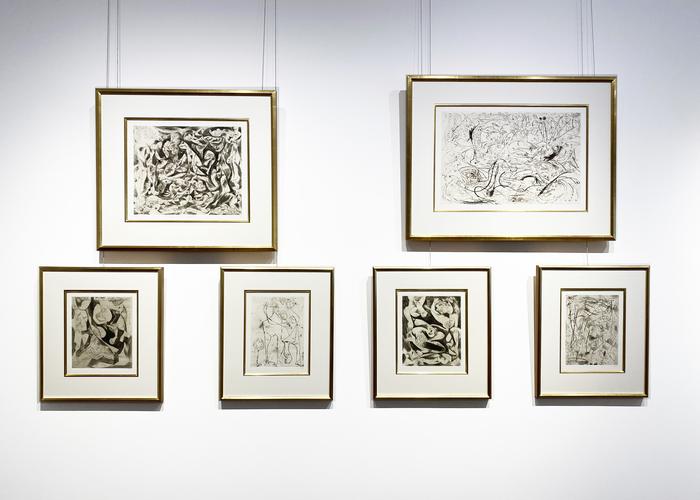 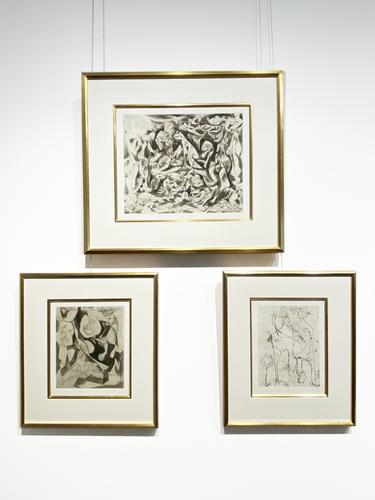 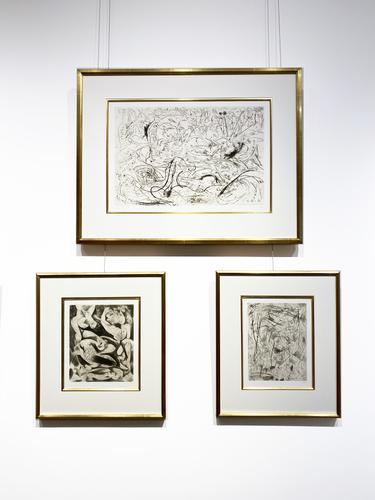 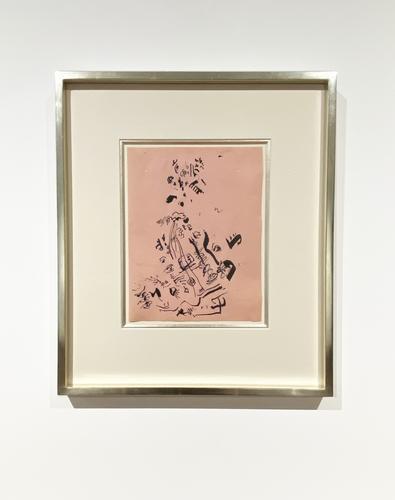 Barbara Mathes Gallery is pleased to announce Jackson Pollock: The Experimental Works on Paper, an exhibition of Pollock’s little-known engravings and silkscreens. Jackson Pollock experimented with a variety of different media throughout his career and his works on paper frame the development of his style, illuminate the shifts in his work of the early 1950s, and attest to his range as an artist.

Jackson Pollock had been exposed to printmaking in the 1930s during his time at the Works Progress Administration (WPA). His first intensive exploration of engraving took place in the mid-1940s, when he produced a remarkable series of works at S. W. Hayter’s Atelier 17 – a celebrated print studio and school that had relocated to New York from Paris during World War II. This set of Atelier 17 engravings shows the role that Surrealism had in the development of Pollock’s style, registers his interest in automatic drawing, and attests to the pull of abstraction that would lead to his ‘drip paintings’ of the late 1940s. In their tension between abstraction and figuration, control and ‘accident,’ Pollock’s etchings show the foundations of his style and anticipate the paths of his later paintings.

Pollock returned to printmaking in the early 1950s with a portfolio of silkscreens – produced with the help of his brother Sanford McCoy– that demonstrate the profound changes in his work after the meteoric success of the ‘drip paintings.’ In a radical turn, Pollock’s ‘black paintings’ of 1951-1953 largely abandoned color and the ‘allover’ compositions of his earlier work while reintroducing elements of figuration. His decision to choose six of these paintings as the basis for a set of prints is notable: uniform in size and color, this striking series eschews the spontaneous process and immersive scale of Pollock’s earlier works in favor of rhythmical compositions and calligraphic marks. Pollock and Sanford McCoy designed these prints as a suite and expected them to be seen together, however most sets have been divided. The complete portfolio presented here is a rare opportunity to see the works as the artists intended.

Barbara Mathes Gallery is located at 22 East 80th Street.  The gallery is open Monday through Friday, 10am to 6pm and Saturday by appointment.  For more information or images, please contact the gallery at 212-570-4190 or art@barbaramathesgallery.com