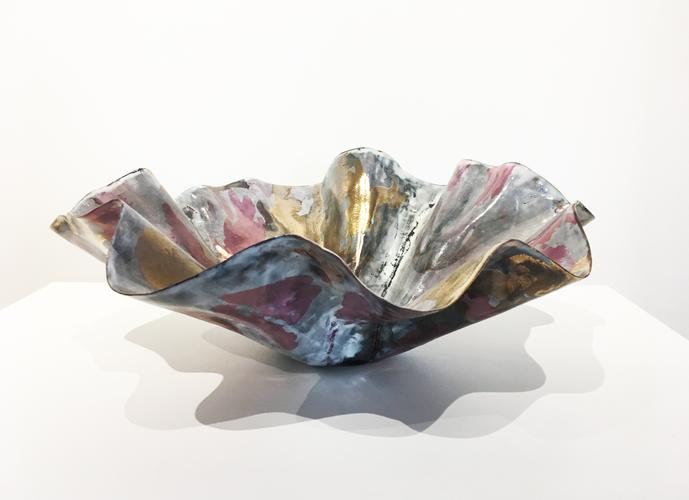 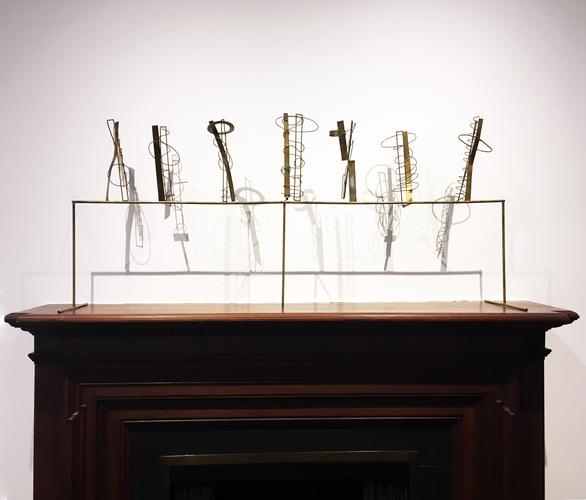 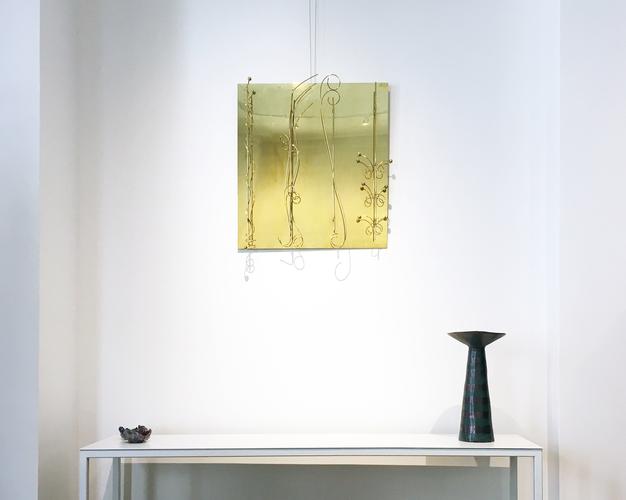 Barbara Mathes Gallery is pleased to present “Fausto Melotti: Rhythm and Form,” a selection of Melotti’s sculpture, ceramics, and works on paper. Fausto Melotti (1901-1986) was a central figure in 20th century Italian art who first rose to prominence in the years prior to the Second World War. His unique artistic style synthesized the technical precision of the Constructivists and the fantastical, biomorphic language of Surrealism. Experimenting with materials, he frequently drew upon his lifelong interests in music, poetry, and architecture.
Although best known for the singular metal sculptures that he described as ‘drawing in space,’ Melotti was equally comfortable working in other media, notably ceramics. Belonging to a generation of Italian artists who viewed ceramics as an indigenous art form with ties to ancient Roman and Etruscan culture, Melotti viewed his ceramic practice as equal to his work in other media. Introduced to the form by architect, designer, writer, and ceramics enthusiast, Gio Ponti, Melotti’s most concentrated ceramic production came in the aftermath of the Second World War. Upon discovering that his studio had been destroyed in the bombing of Milan, the artist renewed his practice by renting out a kiln, thus initiating a fifteen-year period in which he only produced ceramics and terracotta sculptures.  His work in these years assumed a variety of forms, from small decorative objects of uncommon beauty to large, patterned tiles commissioned for architectural interiors.

The juxtaposition of Melotti’s sculptures with his work in other media reveals the breadth of his production. Melotti’s ceramics demonstrate his sensibilities as both a colorist and sculptor, with voluminous forms and layered glazes that produce brilliantly polychromatic objects. This interest in dramatic color translates to Melotti’s mixed media and works on paper which, like his ceramics, show fluid, expressive forms. In contrast, his sculptures largely eschew both volume and color, instead focusing on line, geometric variations and the rhythmic musical references that often preoccupied him. Seen together, Melotti’s experiments in different media attest to the artist’s remarkably complex and multi-faceted artistic sensibilities.

Fausto Melotti was born in Rovereto, Italy in 1901.  After studying engineering, he dedicated himself to becoming an artist and in 1928 entered the Academia di Belle Arte di Brera in Milan. Based in Milan, Melotti was a major force in Postwar European art until his death in 1986. Melotti’s work has been widely exhibited, is in the collection of major international museums, and was included in five Venice Biennales (1948, 1952, 1966, 1972, 1986).