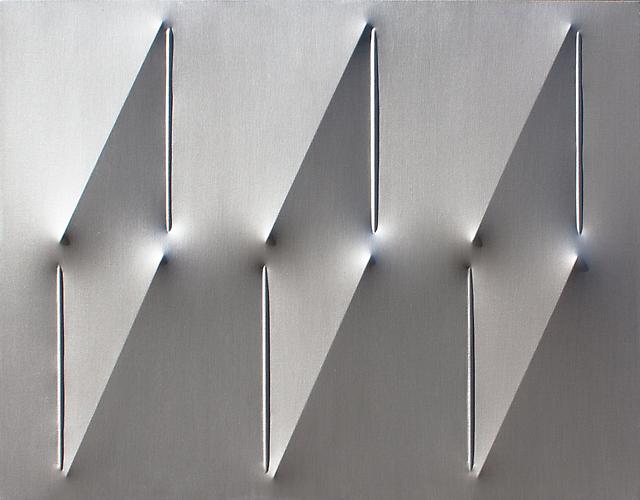 Signed and dated on verso: Bonalumi 2012 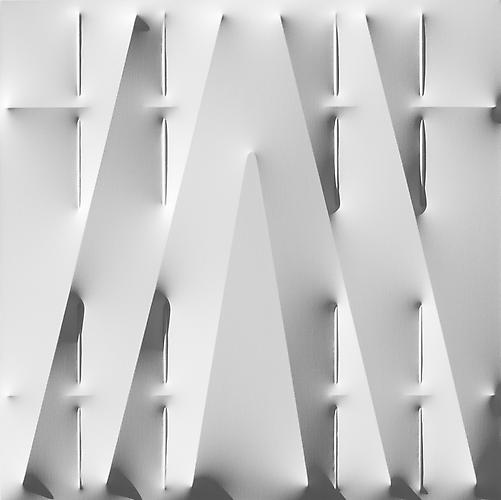 Water based enamel on shaped canvas

Signed and dated on verso: Bonalumi 2011 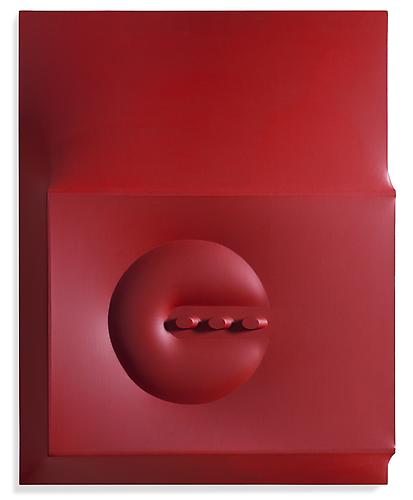 Signed and dated on verso: A Bonalumi 66 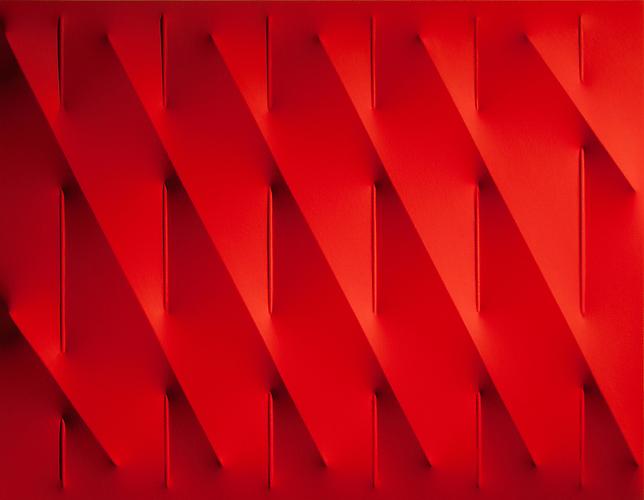 Signed and dated on verso: Bonalumi 2009 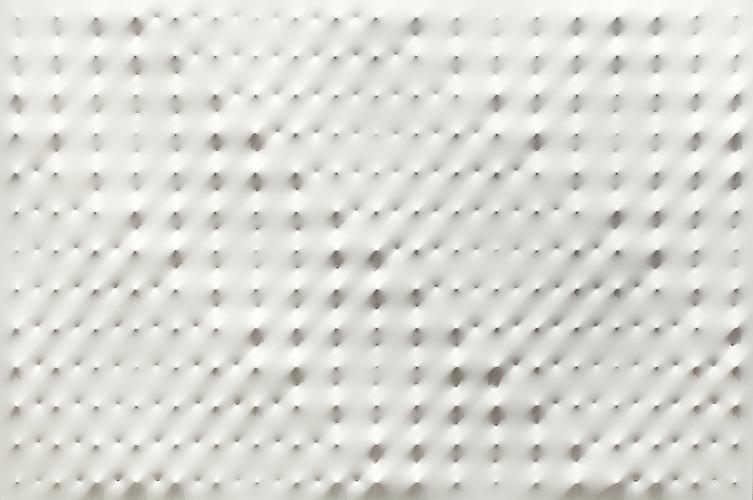 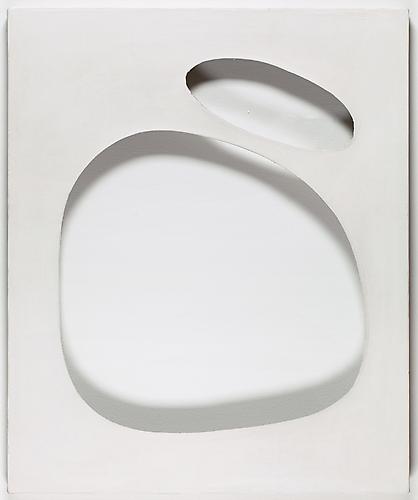 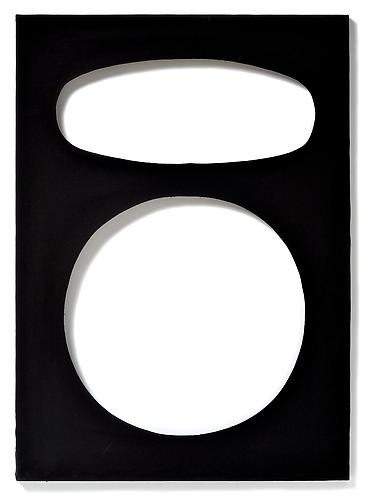 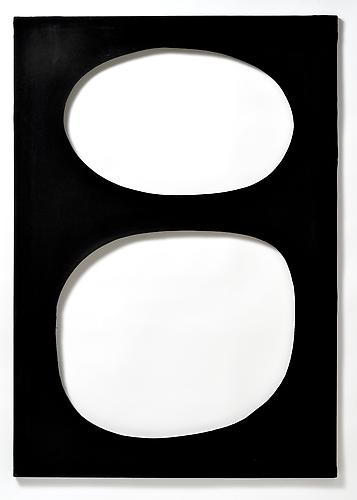 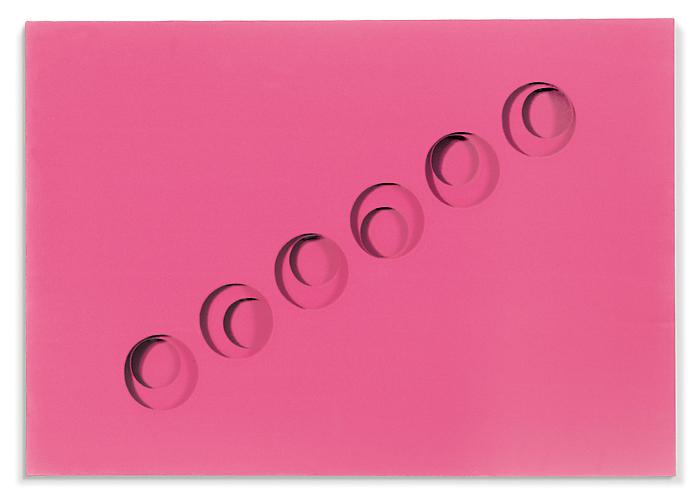 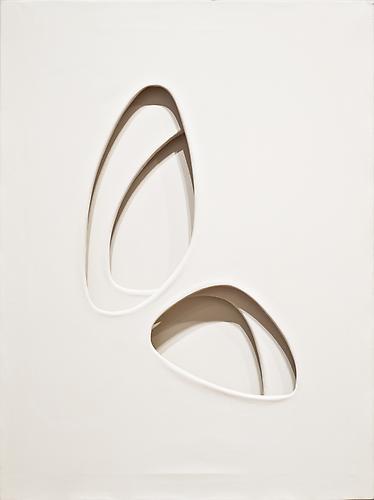 Barbara Mathes Gallery is pleased to announce the opening of “Elementi Spaziali,” a landmark exhibition of post-war Italian art, featuring the work of Enrico Castellani, Agostino Bonalumi, Dadamaino, and Paolo Scheggi.  Organized in partnership with Galleria d’Arte Niccoli of Parma and Galleria Tega of Milan, who jointly conceived the exhibition in Italy, it is the most comprehensive examination of these four Milan-based painters ever to be shown in the United States.

Beginning in the early 1960s, these artists embarked on a radical critique of painting that challenged the very foundations of the medium.  Dispensing with the rote gestures of Art Informel, each of them arrived at a unique practice characterized by a concrete use of materials and a keen eye for perceptual nuance.  Lucio Fontana’s slashed and punctured canvases were a key source of inspiration to all four, as these works literally opened painting up to the real space of the viewer.  Building on the older artist’s insights, they, too, abandoned the picture plane, working with strategies of relief, incision, and layering, to create what the renowned critic, Gillo Dorfles, perceptively called “pittura-oggetto,” or “object-painting,” in a pathbreaking essay of 1966.

Dorfles was attuned to these new developments in Milan from the outset, as he contributed writing for the first issue of Azimuth, the in-house journal for the short-lived gallery Azimut (the two distinguished by an ‘h’), founded in 1959 by Castellani and Piero Manzoni.  In addition to Fontana, Manzoni was the key touchstone for this group of artists.  Acting as a kind of art world impresario, he brought an international sensibility to this local community of artists, and his manic irreverence emboldened the group’s upending of inherited orthodoxies.  Bonalumi and Dadamaino were both key participants in Azimut’s activities, and their example would prove instrumental to the younger Scheggi’s development.

It is tempting to find parallels between these Italian artists and contemporaneous trends in sixties American art.  The shaped canvas, the Minimalist monochrome, and the perceptual pyrotechnics of Op all resonate with this rich and evocative body of work.  And yet it is important to consider these Milanese artists in their singularity and not as an international echo of homegrown inventions.  Castellani and Bonalumi worked with painting’s native materials—paint, canvas, stretcher bars, nails—to develop modes of relief that emphasized the work’s dynamic spatial properties and scintillating lighting effects.  Dadamaino and Scheggi reimagined Fontana’s sliced canvas, transforming it into a cavity that opened onto shadowy interiors.  Bringing these works together revives an impassioned dialogue that occurred amongst a close knit group of peers at a crucial juncture in Italy’s art history.  Moving from work to work, the viewer can imagine the questions about color, surface, and space that drove their collective investigations.

“Elementi Spaziale” is accompanied by a lavishly illustrated catalogue that includes Dorfles’s original essay, as well as an in-depth historical analysis by the Italian curator, Elena Forin.