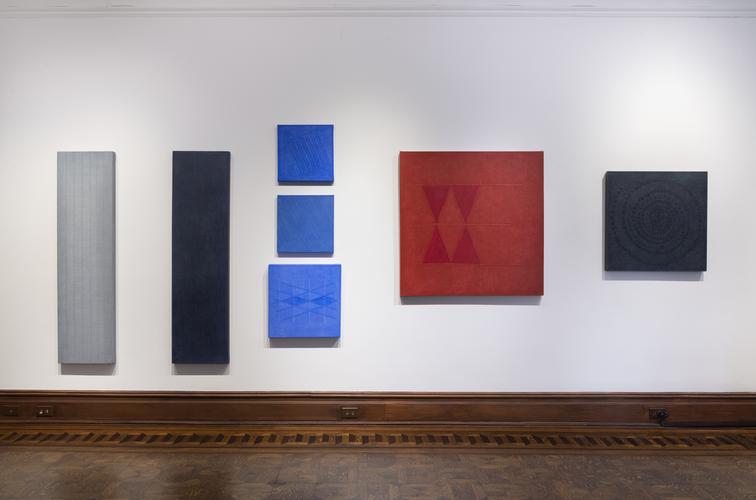 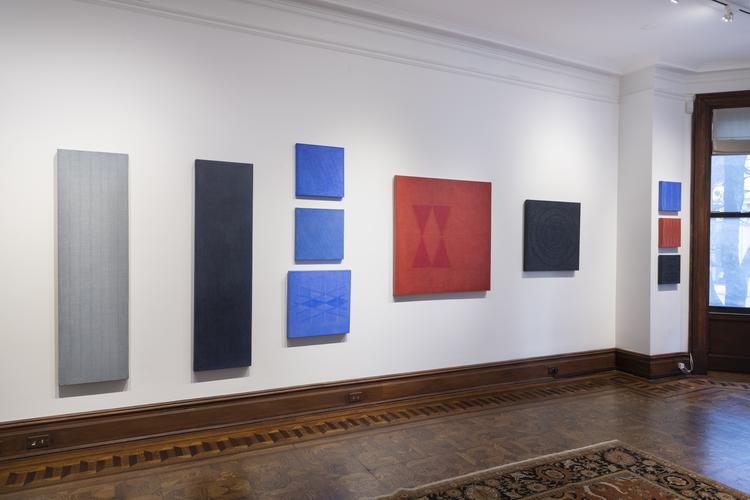 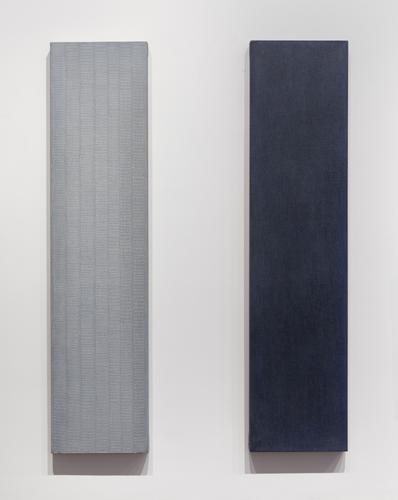 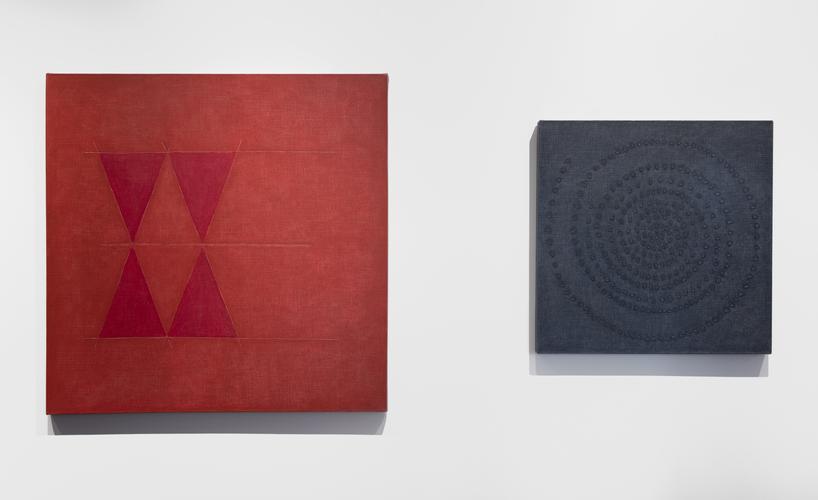 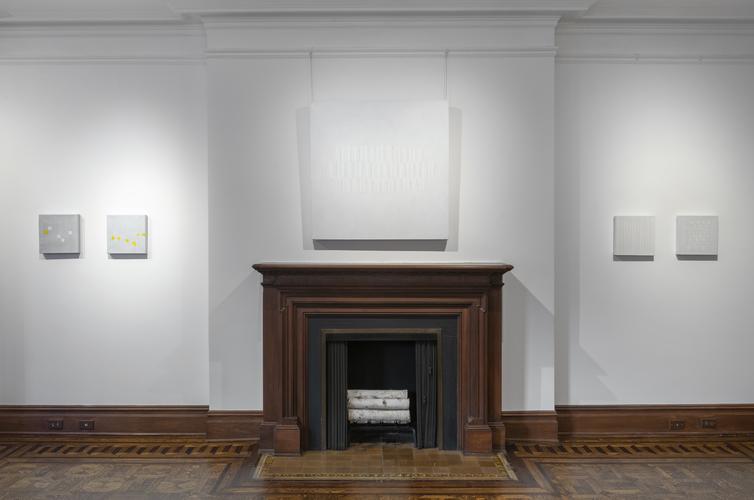 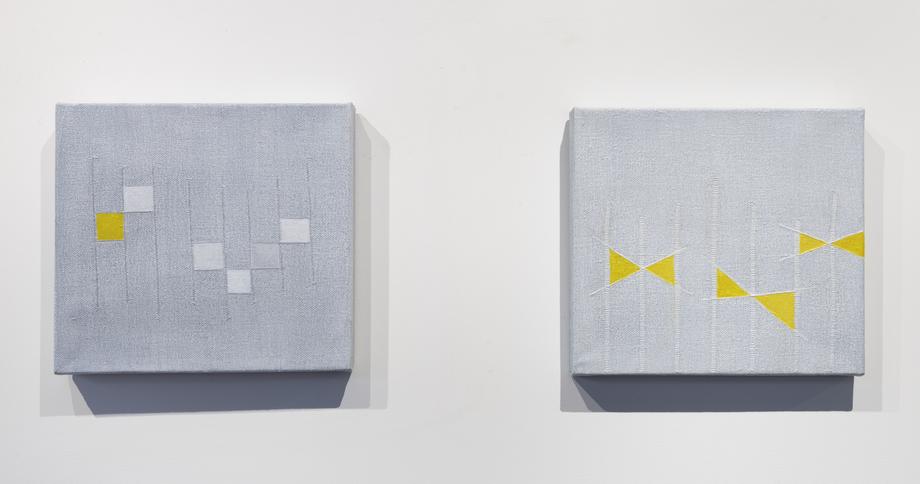 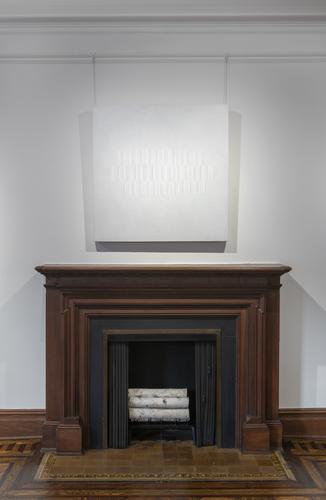 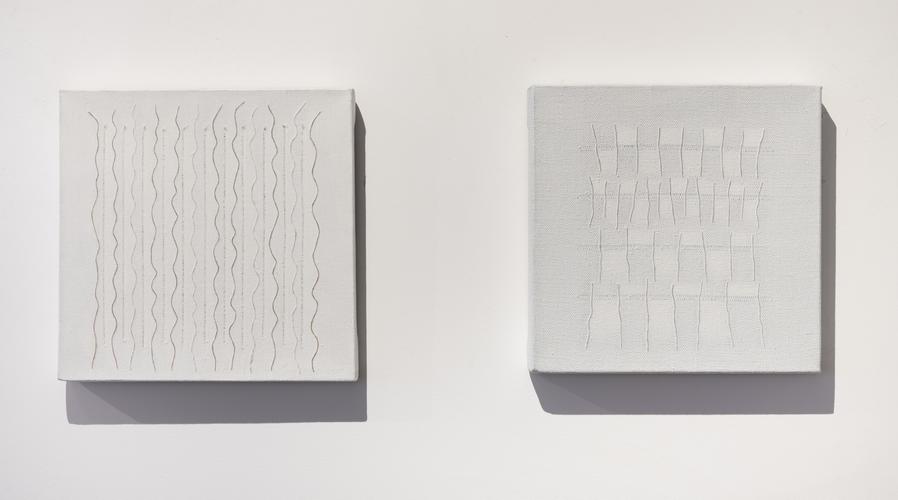 Barbara Mathes Gallery is pleased to announce Edda Renouf: A Selection of Paintings and Drawings from 1976 – 2019, a comprehensive exhibition spanning more than forty years of the artist’s career. Presenting a wide range of Renouf’s work, this exhibition will explore her commitment to meditative, lyrical abstraction and the experiments with process and material for which she is known.

Fascinated by the physical qualities of linen, Renouf removes and repositions threads from the weave of her canvases before applying glazes of acrylic paint and sanding the paintings’ surfaces. The process of altering the canvas reveals the inherent structure of the support, rendering it not simply a ground onto which an image is imposed, but rather an integral element of the composition itself. In Sign X, Monte Alban, Oaxaca (2007), for example, the removed and reapplied threads form a textured monochrome grid with undulating horizontals. Named after Monte Alban, in Oaxaca – a pre-Colombian archeological site – this work juxtaposes organic curves reminiscent of the region’s mountain landscape with the horizontal-vertical structure of the linen canvas that recalls the geometry of pre-Columbian pyramids. In Goldfinch I (2019) the repositioned canvas threads create uneven triangular shapes arranged in a simple linear pattern evoking a musical score. The play of positive and negative spaces within the composition emphasizes the artist’s sensitivity to sound as she removes and reapplies threads from the linen canvas, thus revealing its life and energy.

Material and process are equally central to Renouf’s dramatic, tactile works on paper. As in her paintings, she explores the physical properties of her material, often incising her paper to remove fibers, leaving a delicate burr along the lines. In Primal Energy 20 – Earth Sounds (1989) a black rectangular form glows with sharp red lines that result from layers of oil pastel finely scraped to reveal the underlying color. Radiating from this central form are incisions in the paper itself, created by using an etching point and carefully filled with black ink.

Born in 1943 in Mexico, Edda Renouf came to the United States in 1957. After completing her B.A. at Sarah Lawrence College, she studied in New York, Paris, and Munich before returning to the United States to receive her M.F.A. from Columbia University. Her work is held in numerous collections including the Metropolitan Museum of Art; the Museum of Modern Art; the Whitney Museum; the Art Institute of Chicago; the Centre Pompidou; and the British Museum. Major museum exhibitions have included a 1997 retrospective at the Staatliche Kunsthalle Karlsruhe in Karlsruhe, Germany, and Revealed Structures, a 2004 exhibit at the National Museum of Women in the Arts in Washington, D.C. Edda Renouf lives and works in Connecticut together with her husband, the composer, Alain Middleton.