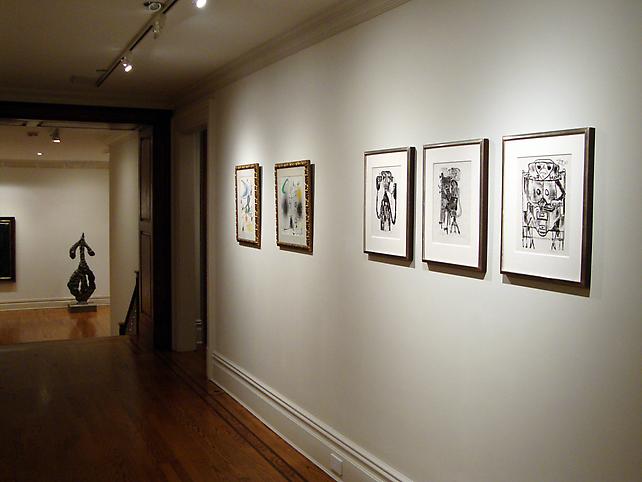 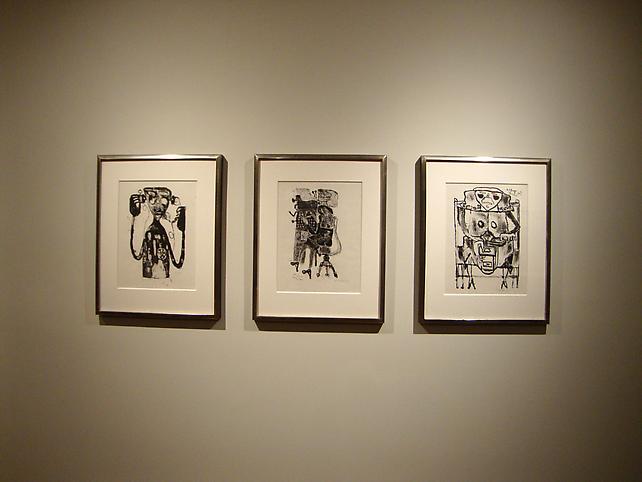 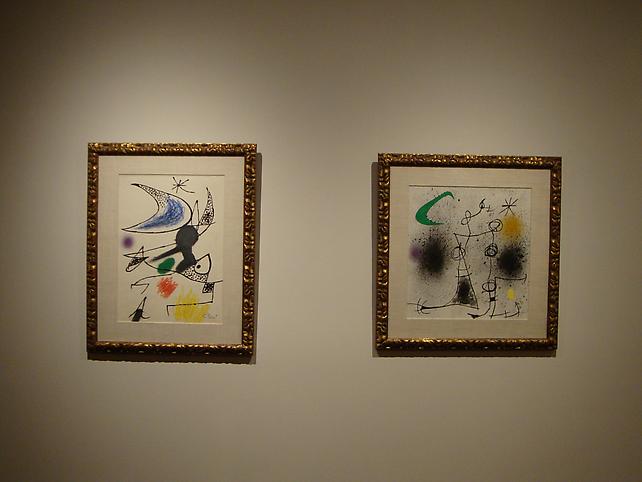 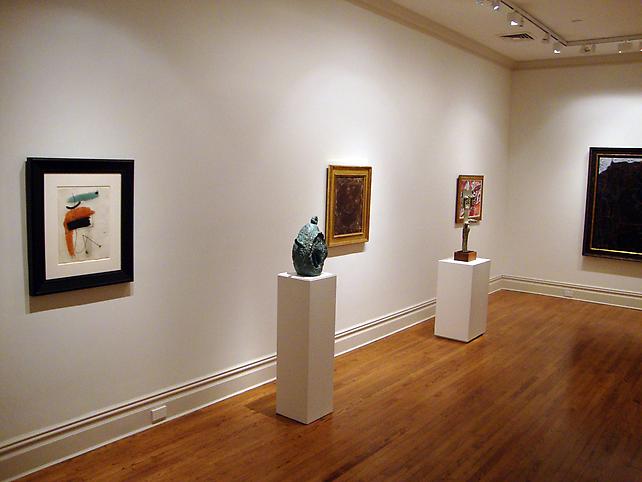 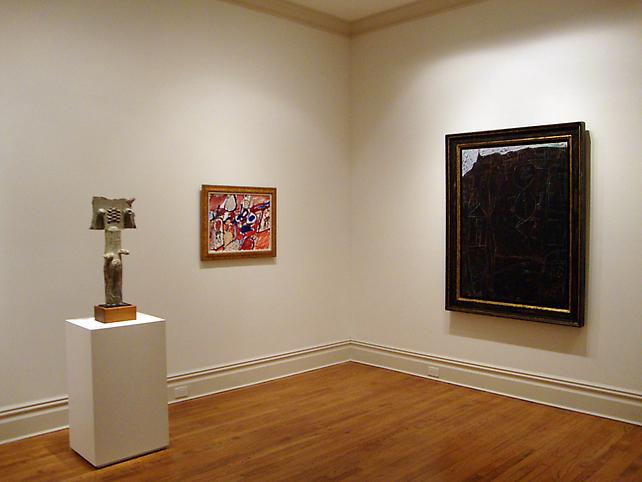 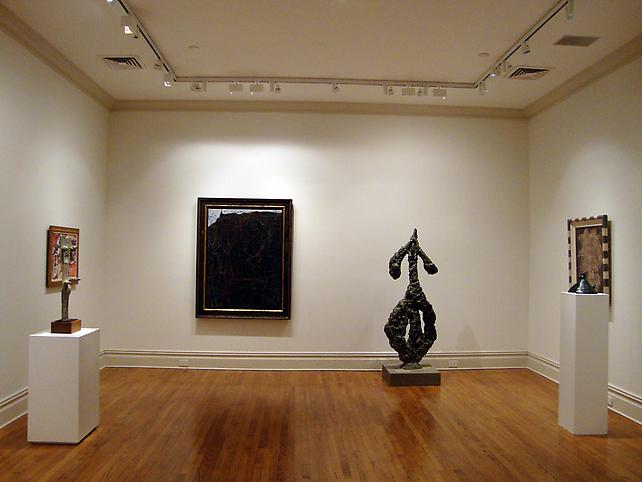 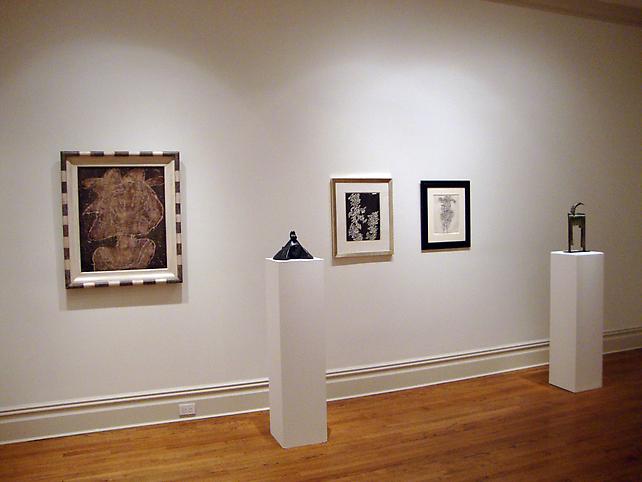 Barbara Mathes Gallery is pleased to present "Dubuffet & Miró: A Dialogue," an exhibition of Joan Miró sculptures and Jean Dubuffet paintings and works on paper. The show will run from October 29 through December 19, 2009.

Though rarely considered together, Miró's sculptural work resonates with Dubuffet's art in both form and spirit. Both artists had an assertive way with materials that emphasized the raw, physical nature of their mediums. This aggressive materiality was often leavened with humor and fantasy, resulting in art that was sensually immediate yet also witty or wry. Miró and Dubuffet cultivated an untutored quality in their work, actively resisting their innate facility and fluency in the traditions of Western art. Their work could appear rough hewn, primitive, arbitrary, cartoonish, or even mad, yet it always retained its sense of poetry and evocative iconography.

Joan Miró (1893-1983) was a leading figure in Surrealist circles and a pioneer in the development of abstraction. Born in Spain and active in France, he was best known as a painter but relentlessly experimented with other mediums, including ceramics and assemblage. He concentrated on sculpture in the final two decades of his life, working with molded clay, painted bronze, and found objects.

Jean Dubuffet (1901-1985) rose to prominence in the French art world in the wake of World War II. Having initially made a career as a wine merchant, his first solo show, at the age of 41, brought him instant notoriety. Ardently opposed to artistic tradition and established authority, he drew inspiration from the drawings of children and asylum inmates, for which he coined the term art brut.

Placing these artists in the context of a shared exhibition will draw out intellectual and formal connections that often go unnoticed. While Miró and Dubuffet tend to be considered in distinct historical contexts, the dialogue that unfolds in this show reveals two bodies of work that are deeply consonant in their aims and execution.