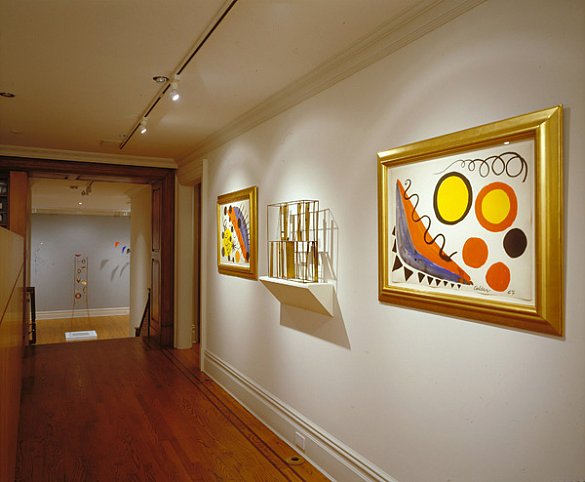 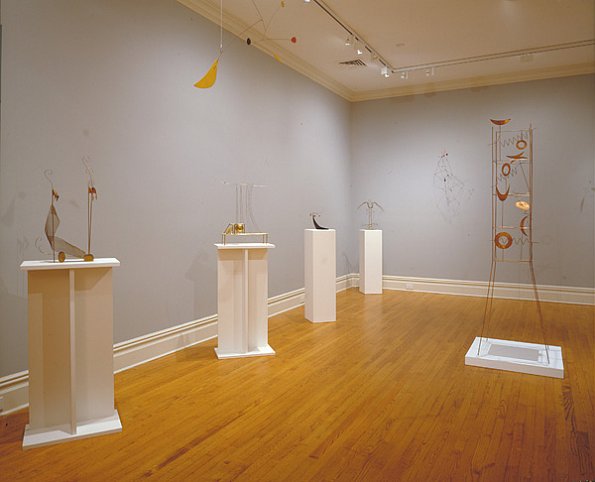 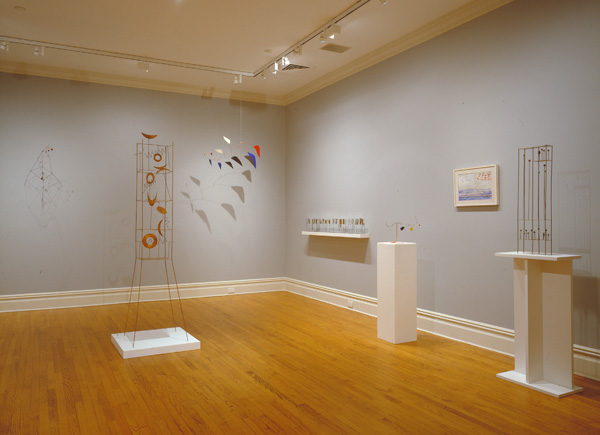 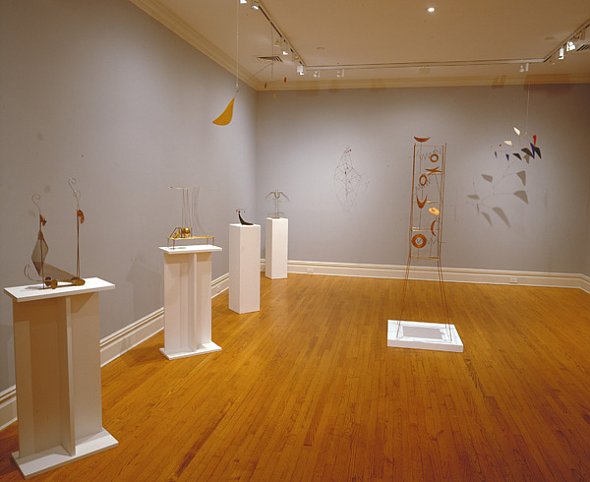 New York, September 4, 2007 -- Barbara Mathes Gallery is pleased to present the exhibition, Calder/Melotti: Lyrical Constructions, running from November 1 through December 22, 2007. The show will feature sculpture and works on paper by Alexander Calder and Fausto Melotti, two artists never before shown together in an exhibition setting.

Though divided by geography, the American Calder and Italian Melotti produced bodies of work that exhibit a remarkable degree of resonance and mutual sympathy. These artists achieved a balance of technical rigor and whimsical levity, instilling a lyrical expressiveness into the often stolid medium of constructed metal sculpture.

Substantiating this shared sensibility are a number of biographical and historical similarities that unite Calder and Melotti as representatives of a distinct tradition in modernist sculpture. Both trained in engineering before turning to art. Both were also interested in music and dance. Melotti trained as a classical pianist and often discussed his works in musical terms. Calder collaborated with some of the most important composers and choreographers of his era, including Erik Satie and Martha Graham. One sees the fruits of these shared passions and experiences in the artists' works, where the exacting precision of the engineer coexists with the musician's sense of rhythm and improvisation.

Calder and Melotti also proved adept at balancing opposing forces when it came to their experiences with modern art. Both drew freely from the formal insights of the Surrealists and the International Constructivists. While today these movements tend to be considered hostile to one another, Calder and Melotti were not dogmatic in their affiliations and felt at liberty to combine elements of the two in the interest of advancing their own unique vision. For example, it is not uncommon to find them populating the Constructivist grid with the biomorphic forms of Surrealism. These are artists who resist easy categorization and refuse to be pigeonholed.

An illuminating pairing of two of these artists' major sculptures – Calder's Tower of 1938-40 and Melotti's Contrappunto Libero of 1972 – anchors this exhibition. Both works consist of small, playful sculptural elements suspended in an ordered, architectural scaffolding. The striking resonance between these two works amounts to a statement of shared artistic concerns and frames the aesthetic dialogue that transpires throughout the show. Other works on view by Melotti include brass and copper sculptures from the 1960s and 1970s, when he definitively established his reputation as one of Italy's premier modern sculptors. Additional works by Calder capture the full variety of his practice, with stabiles and hanging and standing mobiles all represented. A selection of works on paper, including drawings and gouaches, demonstrates the importance of two-dimensional mediums to both sculptors.

Alexander Calder is one of the most acclaimed and influential American sculptors of the 20th century. Major retrospectives of his work have been held in the U.S. and abroad at the Guggenheim Museum in New York (1964); Museum of Fine Arts, Houston (1964); Musée National d'Art Moderne, Paris (1965); the Fondation Maeght in Saint-Paul-de-Vence, France (1969); and the Whitney Museum of American Art, New York (1976). Fausto Melotti first came to prominence in Italy in the years prior to World War II. He earned the Premio Rembrandt award from the Goethe Foundation in 1973 and the Feltrinelli award for sculpture in 1976. Retrospectives of his work have been held at the Museum of Contemporary Art, Hornu (2004); the Institute Mathildenhohe, Darmstadt (2000); and the Padiglione d'Arte Contemporanea, Milan (1987).