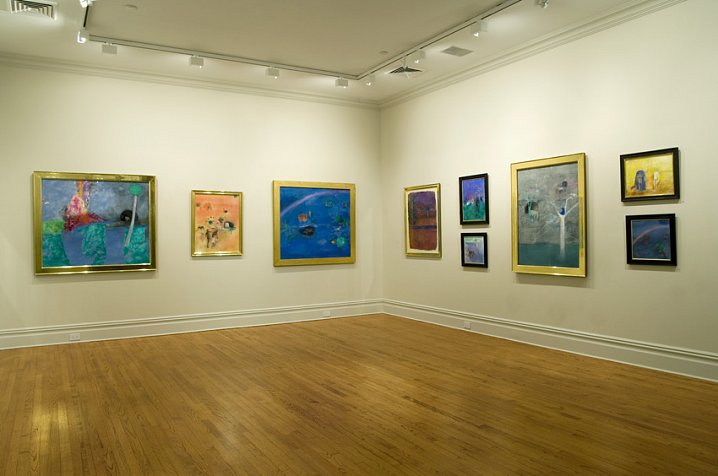 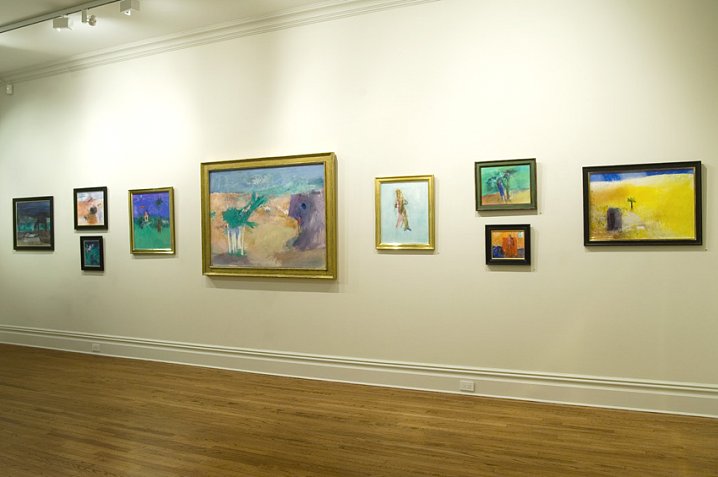 NEW YORK, April 7, 2006 -- Barbara Mathes Gallery is pleased to present Anthony Fry: New Work Inspired by India, an exhibition in association with Browse & Darby, London, which will run from May 16 through June 30, 2006.

A British artist (b. 1927) born into a well-known Quaker family, Fry's father and great uncle, Roger Fry, were painters. Fry studied at Camberwell Art School under Victor Pasmore, Lawrence Gowing and William Coldstream. In 1961, he was awarded a Harkness Fellowship, which took him to the USA for two years where he was greatly influenced by the American abstract expressionists, notably Mark Rothko and Morris Louis.

Fry has spent the last twelve winters in the old Portuguese spice port of Cochin, in Kerala, South India. The artist has said that he needs heat to paint, and his new work has been inspired by these annual visits to India. "India has charged me with a whole new sense of Space," Fry states. "To be able to use real things about me and dip into a whole new colour experience which I didn't know existed, has opened windows." The dreamlike landscapes Fry creates (and then works up during the summer months in his studio in Wiltshire, England, near Bath) are marked by incandescent hues and richly textured surfaces, capturing the sense of space and light of the exotic Indian subcontinent.
Traditional Hindu stories about the god Krishna feature in several works, including Krishna at the Lake. The Gopis, or cowgirls, are in love with Krishna, who one day finds them swimming in the moonlight. The youthful god steals their clothes and climbs into a tree, and will not return them until the naked girls come and ask for them. In Fry's interpretation, Krishna is painted blue, as he is traditionally depicted, and the Gopis swim in limpid turquoise water, the moon shining in a rich dark blue sky.

This will be Anthony Fry's first exhibition with the Barbara Mathes Gallery. Though he has been the subject of more than a dozen solo exhibitions in his native Britain, this will be only the second showing of the artist's work in the United States. His works are seldom seen on the market, as they are rarely re-sold by private collectors. Fry's paintings are included in the permanent collections of the Tate Gallery, the Arts Council of Great Britain, The Saatchi Collection, the Graves Art Gallery, Sheffield, U.K., and the National Gallery of Victoria, Australia.