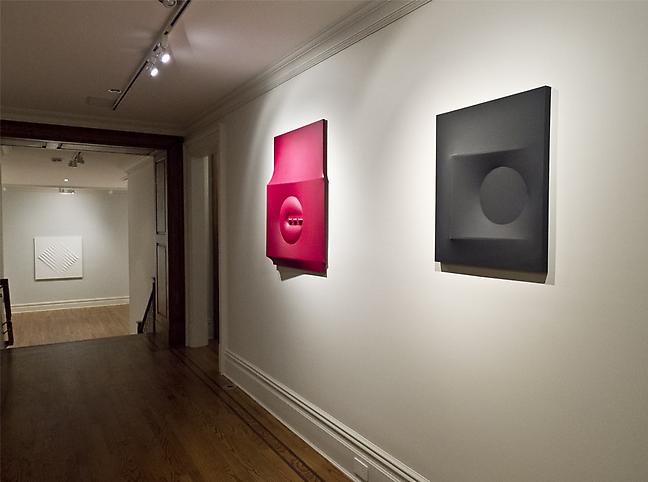 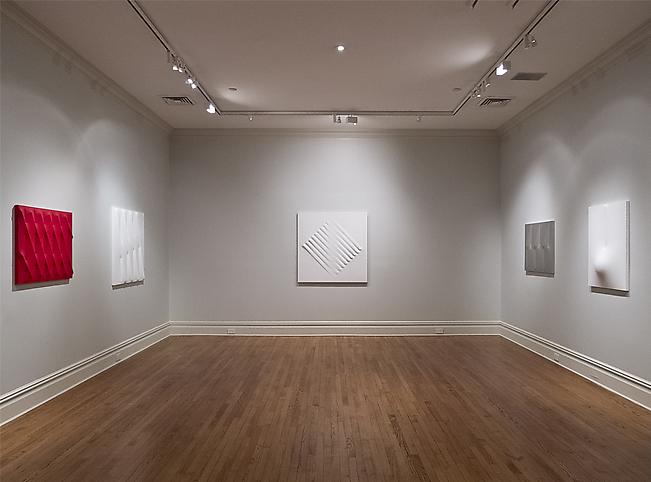 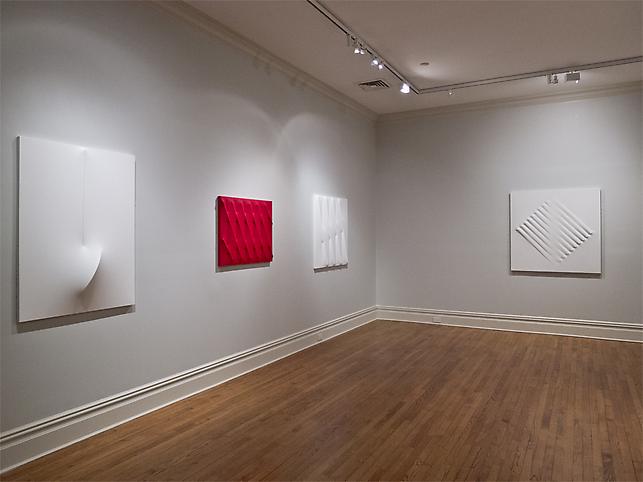 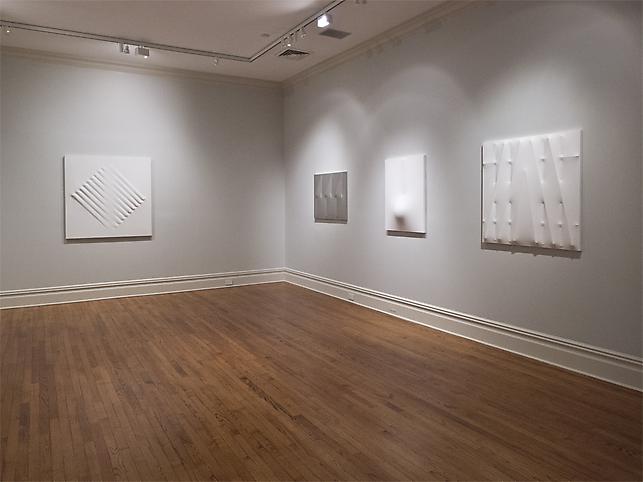 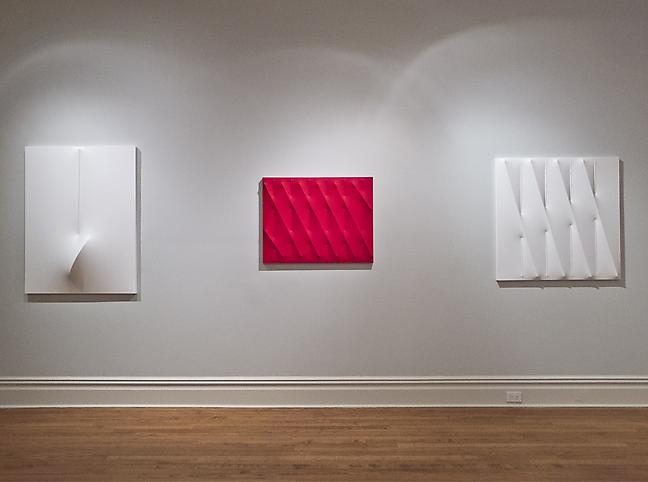 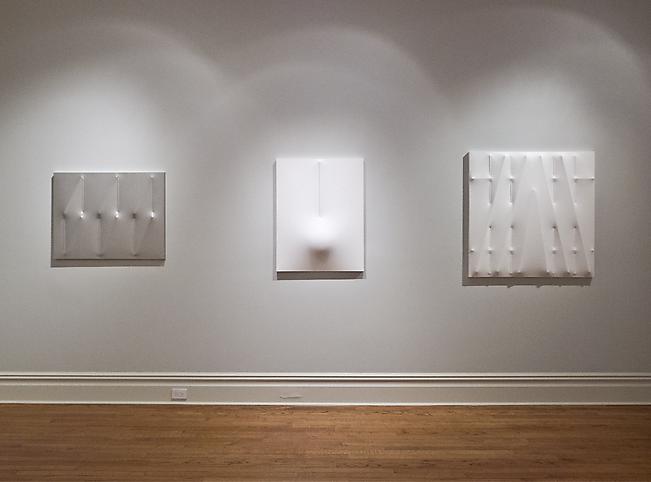 Barbara Mathes Gallery is pleased to announce its inaugural exhibition as the exclusive American representative of Agostino Bonalumi. Featuring a survey of work from the artist's five-decade career, it will be his first solo show in New York since 1982 and fifth in the United States.

Born in Vimercate, Italy in 1935, Bonalumi has been a leading figure in the post-World War II Italian avant-garde. Seeking an alternative to the gestural abstraction of Informel painting that predominated much of the fifties European art world, he achieved his breakthrough in 1959 with his discovery of the "extroflection." Specially outfitting his stretcher bars with dynamically shaped relief elements that pressed against the back of the taut canvas, Bonalumi created paintings that appeared animated by a mysterious presence lurking beneath their surface. While using the traditional tools of painting, he dispensed with illusionism, conceiving real three-dimensional volumes that abandoned the picture plane for the real space of the viewer.

Joining Bonalumi in his reinvention of painting were his friends, Piero Manzoni and Enrico Castellani. Inspired by Lucio Fontana's radical conception of space in his sliced and punctured canvases, they devised practices that emphasized the physical presence and forthright materiality of the work of art. Together, these three artists founded the short-lived but influential gallery Azimut in Milan, as well as its two-issue in-house journal, Azimuth. Operating out of the sub-basement of a furniture store, the gallery exhibited some of the most innovative art of its time and, along with its publication, was instrumental in propagating international currents of the avant-garde, such as the German Zero group, the French Nouveau Réalistes, and the American Neo-Dada art of Jasper Johns and Robert Rauschenberg.

Featuring work from all phases of the artist's career, this exhibition will present an overview of Bonalumi's paintings. The extroflection has proven to be a highly adaptable innovation that has resulted in a remarkably diverse body of work. Demonstrating a sculptor's capacity for inventive three-dimensional forms, Bonalumi has enlivened his canvases with bulging pneumatic volumes, undulating linear elements, geometric patterning, and mysterious involutions. At various points in his career, he has brought his work fully into three dimensions, creating sculptures as well as immersive environments of extroflected architecture. Unlike his contemporaries, Castellani and Manzoni, Bonalumi has embraced color, often working with saturated jewel tones that captivate the eye. This exhibition promises to reveal an artist of singular vision, whose work has been out of view to American audiences for far too long.