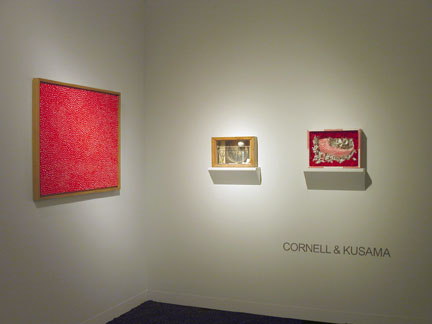 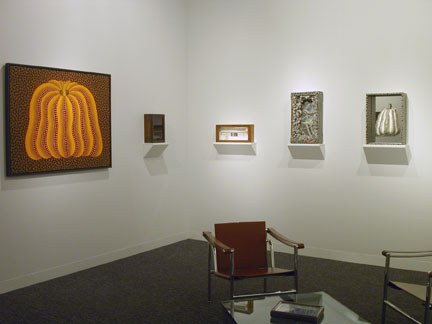 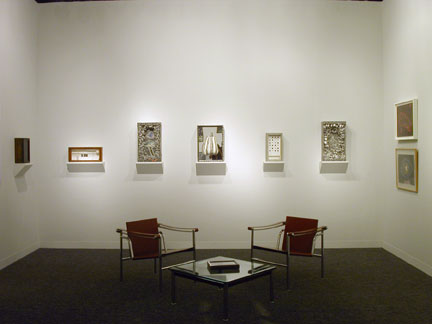 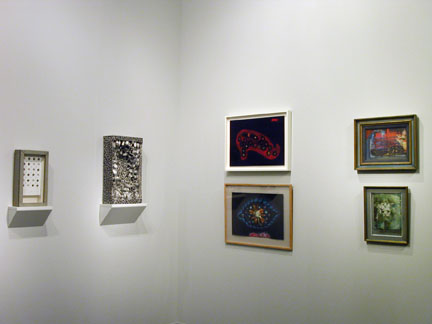 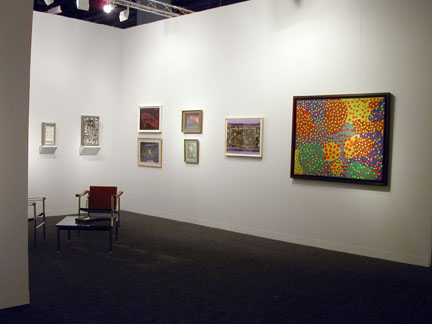 This exhibition explores the collages and boxes of Joseph Cornell and Yayoi Kusama. Kusama and Cornell met in 1963, and an eccentric, albeit deeply felt, romance ensued. Despite their age and cultural differences, Kusama and Cornell were kindred spirits. Both possessed an artistic vision haunted by obsession, voyeurism, and unconsummated erotic longing. Over the course of their nine year relationship, he became a mentor to her, and she served as an inspiration to him. This exchange of influence remains relatively unexplored. For example, it is seldom acknowledged that Kusama began making her own boxes shortly after meeting Cornell in 1963. After his death, she began making collages that directly echo his work in the medium. For his part, Cornell reciprocated with more direct artistic displays of his affection, dedicating to her several collages and poems.

Cornell and Kusama were two of the great dreamers of modern art. Both felt like outsiders who found solace in their imaginary worlds. Cornell considered art to be a means for creating wistful fantasy worlds tinged with romance and nostalgia. Kusama's work was also born out of fantasy, though of a more intimately psychological nature than Cornell's. Her art was a means of expressing her obsessions and fears. Cornell's boxes showed her how art could open a view onto another world, and she has used this format as a window onto the deepest recesses of her psyche.